23 September 1837 Birth of Joseph Rabinowitz, founder of “The Israelites of the New Covenant” #otdimjh

The Messianic Jewish movement is indebted to  Joseph Rabinowitz, the “Herzl of Jewish Christianity” for his life and work, especially in forming the “Israelites of the New Covenant” in Kishinev. One of the first Messianic congregations in modern times, it continued with leaders such as Lev Yaacov Averbuch and Eric Gabe into the 20th century, despite pogroms and the Holocaust. Rabinowitz’s life and work, ably documented by Kai Kjaer-Hansen, are well worth careful study for anyone interested in the issues facing Messianic Jews both then and now.

Bernstein notes: Rabinowitz, Joseph, was born at Resina on the Dniester, September 23, 1837, and died at Kischineff, 1899. He was the son of David ben Ephraim, and belonged to a rabbinic family. On the early death of his mother, her father Nathan Neta took him to be educated at his house. When he was six years of age he could repeat the Song of Solomon by heart. He remained with his grandfather till 1848, when he went to other relations. At the age of thirteen they betrothed him. Being compelled by an imperial ukase to acquire the Russian language, his eyes were opened to [420] a new world of literature, and he began to think for himself.

In 1855 Jehiel Hershensohn (Lichtenstein), his future brother-in-law, gave him a L.J.S. [now CMJ] New Testament in Hebrew, declaring at the same time that possibly Jesus of Nazareth might be the true Messiah, at which news he was very much surprised. However, the immediate effect was that he left the Chassidim and went back to Orgeyev to his grandfather, and studied the Bible more and Russian law, so that he could act as a solicitor among his people. 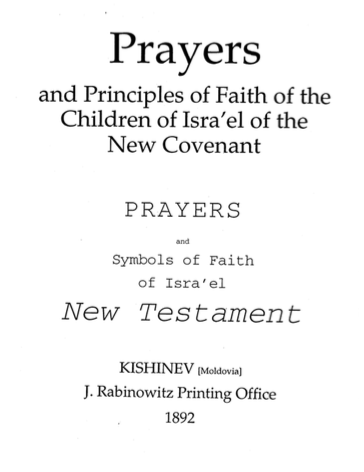 In 1856, he was married, and was then regarded as an influential citizen of the town, especially when it was seen that he took an active interest in the education of children and that he contributed important articles to the Jewish newspapers, and gave lectures at Kischineff, in which he advocated the principles of reform and progress. In 1878 he wrote an article in the Hebrew paper, “Haboker Or,” in which he requested the Rabbis to work for the improvement of the condition of the Russian Jews by teaching them the necessity of becoming gradually an agricultural people, and he showed this by his own example in cultivating his garden himself.

Not long afterward persecutions broke out in Russia, and he went to Palestine on a mission of enquiry with a view of establishing a Jewish colony there. But when he arrived in Jerusalem and became acquainted with the sad temporal and spiritual condition of the Jews there, his heart sank within him, and he was about to leave the Holy City in despair, but before doing so he went to the Mount of Olives. 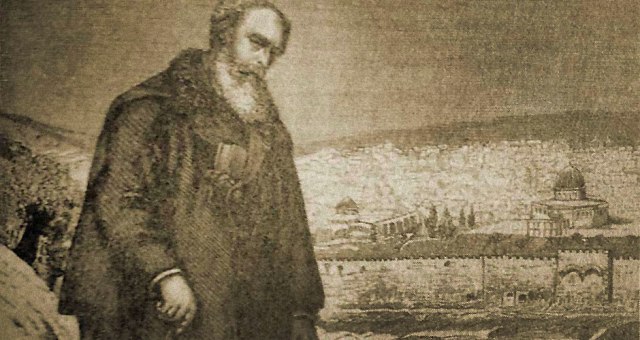 There he sat down in deep[421] meditation, and reviewing the sad history of his unfortunate people, the thought came to him as an inspiration: “The key to the Holy Land is in the hands of our brother Jesus.”

This thought he made then the matter and basis of his future work. Returning to Kischineff, he drew up thirteen theses, the substance of which was that Jesus is the only Saviour of Israel as well as of the whole world. With great courage and enthusiasm he then endeavoured by word and pen to propagate his conviction, and gained in a short time many adherents both at Kischineff and in other towns of Bessarabia. Having in 1885 published his “Symbol of the Israelites of the New Covenant” in seven articles, Professor F. Delitzsch and the Rev. John Wilkinson encouraged him, and in Glasgow an association was formed in 1887 for the support of his movement. 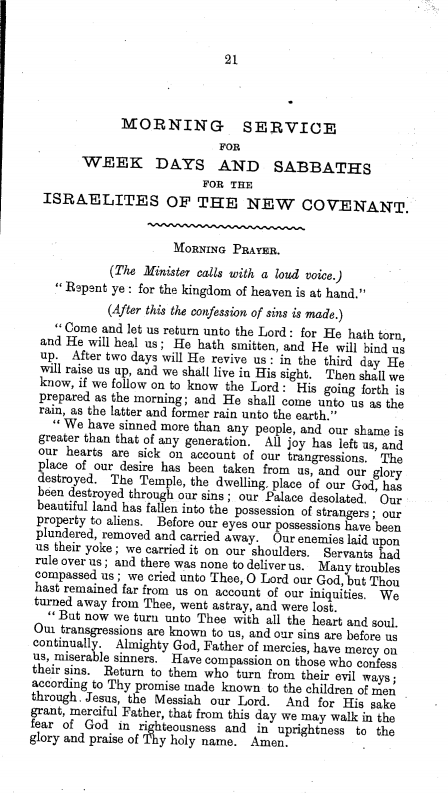 Rabinowitz was baptized in Berlin by Professor Mead, of Andover U.S.A., in 1885, and henceforth his mission work took a more decisive but also perhaps a more restrictive character. He was asked by Provost Faltin, pastor of the Lutheran Church at Kischineff, to join that Church, but for good reasons he declined to do so, as neither he nor his adherents who had just come out from the synagogue could worship in a church where there was a crucifix. For still stronger reasons he could not join the Russian Church as he was asked to do by the highest authorities. Consequently he had to build a hall, in which he preached the pure Gospel as long as he lived. The result of this movement was that not only Rabinowitz, and his wife and seven [422] children with his brother and family, and other individual Jews who heard the Gospel from his lips publicly confessed Christ as their Saviour, but also that the attitude of the Jews in general toward the person of our Lord has since then changed for the better.

Prayer: Thank you, Lord, for the witness of Joseph Rabinowitz, and the trail he blazed across Russia, Europe and North America that would inspire future generations of Messianic Jews. Help us to learn from his mistakes, as well as his successes, and may we too be humble disciples of Yeshua, sharing the riches that we have received in Him with Israel and all nations. In Yeshua’s name we pray. Amen.

3 Responses to 23 September 1837 Birth of Joseph Rabinowitz, founder of “The Israelites of the New Covenant” #otdimjh