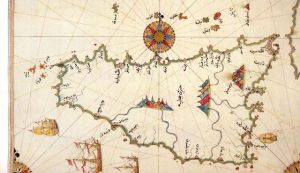 On February 3, 1740, Charles de Bourbon, the king of Naples, issued an official invitation to the Jews to return to Sicily. They had been expelled in 1493, but many thousands of conversos had remained, practicing Jewish customs in secret, living outwardly as Christians. 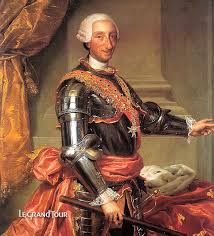 Also known as Charles VII of Naples, Charles V of Sicily and Charles III of Spain, Charles was a popular and reforming king “probably the most successful European ruler of his generation. He had provided firm, consistent, intelligent leadership. He had chosen capable ministers….[his] personal life had won the respect of the people.”

On January 12, 1493, the expulsion of the Jews of Sicily took effect, some six-and-a-half months after it was proclaimed. Although several official efforts were made to attract Jews back to the island in the centuries that followed, the expulsion was essentially the end of the Jewish presence on the island.

At the same time, it should be noted that there are estimates that up to half of the 30,000 to 40,000 Jews who lived in Sicily at the time of the expulsion converted to Christianity, and thus were permitted to remain.

The history of Jews in Sicily goes back at least to the Second Temple period, when a large number of Jewish slaves are believed to have been brought to the island from Jerusalem, after its conquest by Pompey in 63 B.C.E. Archaeological artifacts and documents from the Cairo Geniza, among other things, testify to the Jewish presence there during the millennium-and-a-half that followed.

In 1171, the medieval Jewish traveler Benjamin of Tudela recorded the existence of a Jewish community of some 200 families in the port city of Messina, which he described as “a land full of every good thing with gardens and plantations.” It was also, he said, the spot from which “the majority of pilgims meet to embark to Jerusalem, because it’s the best point of embarkation.” 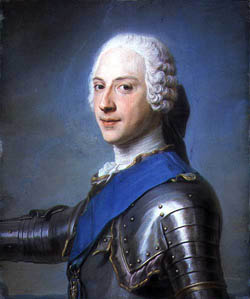 Although the fate of the Jews in Sicily varied from settlement to settlement, and from one era to another, overall the island was good to them. By 1492, there were Jews living in more than 50 different places on the island, in separate neighborhoods called “Giudeccas,” and their overall population exceeded 30,000. They had a monopoly on textile dying, and were involved in a number of other crafts. They also included scholars and physicians.

Under the reign of the Holy Roman Emperor Frederick II (reigned 1220-1250), the Jews were extended the same rights and privileges as other citizens, and even offered the emperor’s special protection against Crusader persecution.

During the 14th century, and the first half of the 15th century, Sicily had been basically an independent kingdom, although linked by family ties to the kingdom of Aragon. When Ferdinand and Isabella joined Aragon and Castile into a united kingdom in 1479, however, Sicily came under direct Spanish rule.

And when the monarchs declared their intention to expel the Jews from their kingdom, the decree applied to Sicily as well. The difference, as Italian scholar Sergio Calabrella has written, is that, “the anti-Semitism of Spain was not shared by the Sicilian people.”

When the order finally came down, nonetheless, the Jews were forbidden from leaving with more than a small number of articles of clothing, a pair of sheets, and some petty cash. All the rest of their possessions were taken by the crown or by wealthy Christian families in Sicily.

As noted, it is believed that up to 50 percent of Sicily’s Jews elected to convert; they were known as “neofiti” (neophytes), and of course included crypto-Jews who secretly tried to maintain some of the customs of the faith. Those who left initially attempted to resettle on the Italian mainland, in such southern regions as Apulia, Calabria and Naples. When they were expelled from there, they then went east to the Ottoman Empire.

Whilst the invitation was genuine and well motivated, few responded favorably to the offer, and most of those who did chose not to remain. Charles invited the Jews to return to Sicily in hopes that this would restore flagging trade and commerce industries. Approximately 20 families heeded the call but due in part to an inhospitable welcome by the local community, most soon left.

Prayer: We continue to observe the long-term effects of anti-judaism and anti-semitism today, in a Europe that has seen the disastrous effects of singling out the Jewish people for oppression, blame and exile. Lord, have mercy! Help us to renew and reclaim our histories of prejudice, tainted with the ‘teaching of contempt”. Rather, give us the ability to welcome and accept the stranger, as you have welcomed us into your fellowship. In Yeshua’s name. Amen.

Kevin Ingram (ed.): The Conversos and Moriscos in Late Medieval Spain and Beyond review at http://www.sehepunkte.de/2011/07/18219.html