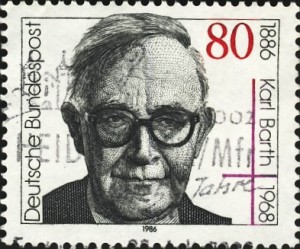 Karl Barth, an outstanding theologian of the 20th century, friend of the Jewish people, and explorer of the relationship between the Church and Israel in the Messiah, died on this day in 1968, aged 72. 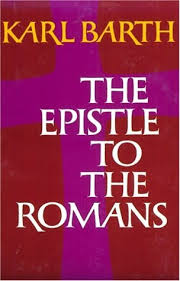 Born into a family of pastors and theologians, his early influences were the dominant liberal school of Ritschl and Harnack. But seeing them capitulate to German war aims in 1914, his Commentary on Paul’s Letter to the Romans (1918) “exploded like a bomb in the playground of the theologians” and he was catapulted to prominence. Have pastored a peaceful Swiss village, Safenwell, for 10 years, he was called to the post of Professor at Gottingen, where he began his project of writing Dogmatic (Systematic) theology, whilst writing, teaching, preaching and involving himself in political and social projects.

As the Nazis rose to power Barth warned the Church not to lose sight of Yeshua, or place any earthly leader above the authority of God’s word. He authored the Barmen Declaration (1934) of the Confessing Church, challenging the German Christians who accepted the Third Reich not to compromise, but to little avail. Refusing to take the oath of allegiance to Hitler, he had to leave the Germany, and continued his teaching in Basel, where he began his multi-volume series that would appear over the next 30 years and remains unfinished, the Church Dogmatics. Like the Talmud, it is dense and inpenetrable at first, but close study of its 9,000 pages and 6 million words is well worth the effort.

A friend and mentor of Dietrich Bonhoeffer, and a friend and helper of Jews and Jewish Christians escaping Germany, Barth’s theology is written in the context of the challenges of modern thought since Kant, and the events of the 20th century, including the Holocaust and the modern State of Israel. Barth pioneered revolutions in theology, especially on Christology, the nature of God’s Mission (Missio Dei), and the nature of the Church.

Barth’s teaching on the relationship between the Church and Israel and the God’s ongoing purposes with the Jewish people has been labeled as supersessionist by some (Katherine Sonderegger) but defended by others (Eberhard Busch). Today Jewish scholars such asMichael Wyschogrod, David Novak and Peter Ochs study Barth’s work with great interest, and incorporate it into modern Jewish thought. Messianic Jews such as Mark Kinzer have also drawn much from his complex, multi-faceted and challenging thought on the mystery of Israel and the Christological nature of her Election.

Barth wrote much on Israel throughout his work. Here is a brief excerpt.

There is one thing we must emphasize especially . . . The Word did not simply become any “flesh” . . . It became Jewish flesh . . . The Church’s whole doctrine of the incarnation and atonement becomes abstract and valueless and meaningless to the extent that [Jesus’ Jewishness] comes to be regarded as something accidental and incidental. The New Testament witness to Jesus the Christ, the Son of God, stands on the soil of the Old Testament and cannot be separated from it. The pronouncements of the New Testament Christology may have been shaped by a very non-Jewish environment. But they relate always to a man who is seen to be not a man in general, a neutral man, but the conclusion and sum of the history of God with the people of Israel, the One who fulfils the covenant made by God with his people [CD 4/1, 166], (taken from Lindsay, 93).

Messianic Jews have much to learn from Barth – his theological method and rigour, the breadth of his vision and understanding, his deep engagement with Scripture, his ability to relate to modern and postmodern thought, all await the reader willing to take up the challenge of studying him. In a context where Messianic Jewish theology has yet to emerge mature and engaged with both Jewish and Christian traditions, Barth’s work, similar in scale and achievement to that of Maimonides and Aquinas, has much to offer.

Prayer: Thank you, Lord, for the contribution of your servant Karl Barth to the theological task of expressing faith with understanding. Thank you for his pioneering work, and the example of courage and faith he showed in his life. May we learn from his teaching and apply it in our daily lives, in our love for you, and in our understanding of your purposes for Israel and the nations, and all creation. May we participate effectively in your mission (the Missio Dei), and may we appreciate more of who You are that we might understand more of our own calling and identity in Your Son, our Messiah, Yeshua. In his name we pray. Amen.

Sources: If you have not read much of Karl Barth I would advise the introductions by John Webster and Eberahard Busch. For a good survey of Barth and other Post-Holocaust models of the Church –Israel relationship see Istvan Tatai’s The Church and Israel: In Search for a New Model in Post-Holocaust Theology.

Messianic Jewish teacher in UK
View all posts by richardsh →
This entry was posted in otdimjh and tagged article, barth, bonhoeffer, otdimjh, supersessionism. Bookmark the permalink.