Gregory Bar-Hebræus (son of a Hebrew) Abu Ab-Foraj Ibu Harun, Jacobite Syrian historian, physician, philosopher and theologian; born at Malatia, Asiatic Turkey, 1226; died at Moragha, Persia, 1286. Gregory first studied medicine under his father Aaron, who embraced Christianity, and was probably baptized in his youth. This accounts for his not being conversant with Hebrew, though he was well acquainted with Jewish doctrines. He was successively Bishop of Guba (1246), of Lakaba (1247), and of Aleppo (1253). In 1264 he was named “Mafriana,” or Primate of the Eastern Jacobites, with his seat at Tekrit on the Tigris. Gregory was a prolific writer on theology, philosophy, ethics, history, grammar, medicine, mathematics and astronomy.

Some of his works were written in Arabic, but most of them in Syriac. He was the last great Syriac writer, though he is important rather as a collector than as an independent writer. He is best known for his Syriac grammar, “Ketaba de Semhe,” his “Chronicle” in two parts, ecclesiastical and political; his “Menarat Kudshe,”[ 26] a compendium of theology, philosophy, medicine, physics and metaphysics, and his scholia on the Old and the New Testament (Auzar Raze). In the last-named he occasionally cites readings from the Samaritan text; it is interesting to note that in a scholium to 2 Kings xvii. 28, he says: “The Law (i.e. text of the Pentateuch) of the Samaritans does not agree with that of the Jews, but with the Septuagint.” He occasionally cites opinions of the Jews, e.g., on Ps. viii. 2, on the Shem Hamephorash (the name Jehovah). In the introduction to his commentary on Job he mentions as a writer the priest Asaph (brother of Ezra the Scribe), who identifies Job with Jobab. In speaking of the Apocryphal account of the death of Isaiah, he cites “one of the Hebrew books” as authority. (Nestle Marginalien ii. 48). [From Bernstein: Some Jewish Witnesses] 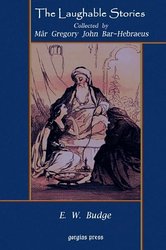 During this period, we hear little of Jewish Christians in the Eastern Church, but undoubtedly there were a considerable number among the Nestorians and Jacobites. One name, however, is outstanding of a man who was greatly honored by his contemporaries and is still held in the highest esteem, Gregory Abu’l Faraj, surnamed Bar-Hebraeus, Maphrian (Primate) of the Eastern Church. [Schonfield: History of Jewish Christianity] 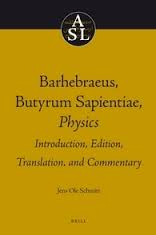 Born at Melitena in 1226, Gregory was the son of a Jewish physician name Aaron, who seems to have embraced Christianity. In his early childhood he already gave promise of greatness, and besides mastering the Greek, Syriac and Arabic languages, he also studied philosophy, theology and medicine. His father was instrumental in curing a disease from which Saurnavinus, a Tartar general, was suffering; and this led to the migration of the family to Antioch. Here Gregory commenced the life of an anchorite, and was visited in his cave by Mar Ignatius, Patriarch of Saba, [114] who was to become his great friend and supporter. It was Ignatius who ordained him Bishop of Gubos, on September 14, 1246, when he was only twenty years of age. After many other preferments, it was Ignatius again who created him Maphrian of the eastern Church with his scat at Tagrit on the Tigris, about A.D. 1266.

W.E.W. Carr in a short biography150 writes of Gregory that:

During his forty years’ episcopate, he was never known to have received a farthing from anyone. When the faithful brought purses of money to him as a means of expressing their thanks, he always refused to receive them, and if they were left in his chamber he would always say to the first of his disciples who happened to come: “Take these things out of my sight.”

He possessed the Jewish whole-heartedness and love of thoroughness in the discharge of his work. He was a man whose religious zeal was founded upon conviction which had only taken root in his soul after the deepest upheavals and fierce struggles with despair and unbelief. He knew how to tackle the most delicate situations in the spirit of the true gentleman. He was possessed of a saving sense of humor and knew the importance of the occasional relaxation of the mind from the strain imposed by work and study. While his own mind was clear and resolute on the matter of the doctrine and discipline of the church, theological and ecclesiastical disputes were his abomination.

Gregory was very much impressed with the way in which his life seemed to have been marked out in exact periods. “The year in which Saturn and Jupiter were in conjunction in Aquarius,” he wrote, “was that in which I was born. Again, twenty years later, when they were in conjunction in Libra, I was consecrated Bishop. After another twenty years, when they were in conjunction in Gemini, I attained the rank of Maphrian, and after another twenty years, when they are again in conjunction in Aquarius, I think my time has come to depart this life.” Nor was he mistaken, for he passed away on July 30, 1286. His last words to his disciples were: “Abide in love, and be not separated from each other, for when ye are gathered together in charity, I will be in the midst of you.” His funeral at Maraga was on a vast scale, all shops were closed, and everyone vied with the other to pay him a last tribute. The sterling qualities of his mind have been perpetuated in a whole catalogue of scholarly works, of which perhaps the best known are his Syriac Chronicle and his Syriac Grammar.

Prayer: Thank you Lord for this leading light, both spiritually and in his studies, in the Church of the East, of which we in the West are largely ignorant. Help us to learn from his wisdom and explore further the riches of this part of the Body of Messiah that retained its semitic background, language and character until the present day. In Yeshua’s name we pray. Amen.

However his meditations were interrupted and the worldly affairs of the Syrian Orthodox Church25 soon came to dominate his earthly life. Leaving Antakya he travelled south with Salibah bar YaFqub Wagih, to the coastal city of Tripoli where they studied rhetoric and medicine under YaFqub of the Church of the East.

From Tripoli they were summoned by the Patriarch Ignatius II to be consecrated as bishops of Akko and of Gubos near Malatya. Bar Hebraeus was ordained as Bishop of Gubos on the Festival of the Day of the Redeeming Cross, 14 September 1246 CE at the age of twenty. Many years later, approaching death, the then ageing Maphrian, saw great astrological significance in this date which along with his birth in 1226 CE, his appointment as Maphrian and his expected and actual death in 1286CE he had found reflected in the stars.

This work in 12 books is a theological compendium. Here are the titles of the books:

This is a medium-size compendium of theology, divided into 10 parts:

The Treasure of Mysteries (`Osar Roze)

This is a systematic collection of notes, rather than a commentary, on all the books of the Syriac bible. There is a strong interest in philological and textual questions. An English translation exists of the Pentateuch and New Testament portions: Genesis-2 Sam.: M. Sprengling and W. C. Graham (1931); Gospels W.E.Carr (1925)

This is a collection of Canon Law, arranged by subject for convenience of use. The work is in 40 chapters. The early ones concern church matters and the later ones secular law: inheritance, business dealings, interest, irrigation rights, theft, homicide, etc. A Latin translation exists: A. Mai, Scriptorum Veterum Nova Collectio 10:2 (1838) 1-268.

This short work in four chapters describes the various forms of the ascetic life. Chapter four contains material from his own experiences. An English translation exists of this work: A.J.Wensink (1919)

A commentary on the book of Holy Hierotheos

No info on this

This is a vast encyclopedia of Aristotelean philosophy, in four books.

Considerable use is made of Ibn Sina’s (Avicenna’s) Shifa` and (for the fourth book) of al-Tusi’s Ahlq-e Nasiri. He also preserves a number of quotations from otherwise lost Greek writers. Only excerpts of this work have been published.

This is his middle-sized treatise on logic, the physical world and philosophy. A French translation exists by H. F. Janssens (1937)

This is a treatise on logic, the physical world and philosophy.

The Book of the Pupils (of the eye) (Ktobo d-Boboto)

This is a summary introduction to logic.

This work is in two parts. The first deals with the patriarchs of Antioch and the more westerly area, up to 1285 AD. The second deals with areas to the east, including both the Nestorian Catholicoi and the Maphrians of the Syrian Orthodox. There is also an autobiographical section. A Latin translation exists of this: J. Abbeloos and T.J.Lamy (1872-7).

This summary Chronicle covers from Creation to his own day. There is an English translation of this by E.A.W. Budge (1932), although in the Hugoye list it is said to be full of errors.

Book of the Dynasties

This is an Arabic adaptation of the Chronicle, made at the request of a Moslem friend. A German translation of this in two volumes exists, according to Graf.

This is Barhebraeus’ largest work on grammar. A German translation exists of this: A. Moberg (1907-13)

This is a grammar, written in seven syllable metre.

This is a short grammar.

This is a collection of short stories and sayings from earlier sources. Much use was made of a work by Abu Sa`d al-Abi (d. ca. 1030 AD). An English translation exists of this work, by E.A.W.Budge (1897)

As well as the grammar in verse, Barhebraeus wrote a considerable number of poems. The longest is On Wisdom

Bar Hebraeus’s Book of the dove : together with some chapters from his Ethikon, translated by A. J. Wensinck ; with an introduction, notes and registers. Series: Publication of the De Goeje Fund; 4. Publisher: Leyden:E. J. Brill (1919). pp. cxxxvi, 151p.

Barhebraeus’ scholia on the Old Testament, edited by Martin Sprengling … and William Creighton Graham. Series: University of Chicago. Oriental Institute publications, v. 13. The University of Chicago press (1931) A facsimile reproduction of the Syriac manuscript, “Ausar raze,” “Florence. Medicean lib. 230,” copied by John of Sarw in 1278, with notes and collation, and a complete English translation.

The chronography of Gregory Abû’l Faraj the son of Aaron, the Hebrew physician, commonly known as Bar Hebraeus, being the first part of his political history of the world. Translated from the Syriac by Ernest A. Wallis Budge. London : OUP (1932) 2 vols. Vol.1 English translation, Vol. 2 Syriac.

The Storehouse of Mysteries or Bar-Hebraeus: A Commentary on the Gospels from Horreum Mysteriorum, tr. Wilmot Eardley. (2003) Publisher: Trubner & Co. ISBN: 184453085X

Messianic Jewish teacher in UK
View all posts by richardsh →
This entry was posted in otdimjh and tagged article, bar hebraeus, otdimjh, syriac. Bookmark the permalink.