On September 11, 2001, 19 militants associated with the Islamic extremist group al-Qaeda hijacked four airliners and carried out suicide attacks against targets in the United States. Two of the planes were flown into the towers of the World Trade Center in New York City, a third plane hit the Pentagon just outside Washington, D.C., and the fourth plane crashed in a field in Pennsylvania. Often referred to as 9/11, the attacks resulted in extensive death and destruction, triggering major U.S. initiatives to combat terrorism and defining the presidency of George W. Bush. Over 3,000 people were killed during the attacks in New York City and Washington, D.C., including more than 400 police officers and firefighters.

The attacks on the World Trade Centre on September 11, 2001 impacted not only Jewish believers in Jesus but the whole world, and it is appropriate to remember those who died and reflect on the significance of that terrible day. I remember watching the TV screen at a meeting of the Finance and General Purpose Committee of the International Messianic Jewish Alliance, in shock and disbelief. Here is Kai Kjaer-Hansen’s reflection on the event, in the context of Reconciliation in Israel/Palestine, as an editorial to the journal Mishkan. The whole issue can be downloaded here and is worthy of study. 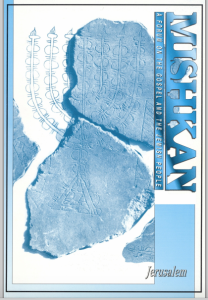 The world changed Tuesday, 11 September 2001. What could not happen and what some believed happens only in movies did happen. The biggest terror attack in world history was lamentably also the most successful. The television pictures—especially those of the two towers of the World Trade Center – have been impressed on our memory never to be erased. Those who lost relatives will live the rest of the their lives grieving for their loved ones. The fight against terror and the terrorists has begun, but it is much too early to say what will be the long term effect of 11 September.

In degree the terror attacks on the U.S.A. were different from anything ever seen before. In kind they were the same as have been experienced before in other places, in Israel not the least. Through all of its history the State of Israel has had to live with the fear of terror – and often not just the fear but also the consequences: death and destruction.

A few days after the attack on the United States the chief rabbi of Denmark, Bent Lexner could celebrate his 25 years as the rabbi of Denmark. Due to the event a few days earlier the planned celebration was canceled, but in a newspaper interview Lexner said he believed that after the terror attack against the United States the world will no longer accept that our lives be determined by fanatics. He also expressed the hope that one of the results of the attack would be that “the world will better understand the problems Israel has faced all along.” Very little points in the direction that this hope will become reality in the near future.

It has been shocking to be confronted with interviews in which Muslims have expressed their understanding of the need for such attacks – if not their joy and celebration – even while the terrible pictures from the catastrophe appeared on the television screen over and over again.

As believers in Jesus – Jewish or gentile – we have reasons to warn against hate towards Muslims as such. The tragedy in New York shows all too clearly that there are fanatics in the Muslim world who discard no means to advance their goal. But fanatics can be found everywhere – also among Jews and Christians. The more the fanatics set the agenda the less hope there is for peace and reconciliation. This is true anywhere, but especially so in the Middle East.

The topic for this issue of Mishkan is reconciliation. An exegetical article will deal with the Biblical mandate. Other articles will look at issues specifically related to the Middle East and Israel/Palestine, but a major article deals with the issue in general and draws on experience and examples from elsewhere in the world. [p1]

Experience shows that it is much easier to advise others on how they should live when they find it difficult to be reconciled than it is to solve one’s own problems of reconciliation. Life in this world of sin – of which we ourselves are part – has taught us how easily enmity takes over and dominates our lives. This is true among believers as well.

There are no easy solutions to the problems between Israelis and Palestinians. Even though the light of reconciliation work among believing Palestinians and Israelis does twinkle, those who have experienced the brilliant love of God in Jesus, our Messiah and our Lord must radiate reconciliation.

The worst scenario I can image is one in which we, from a Christian and from a Messianic Jewish point of view, resign from the challenge of reconciliation and/or let a theology concerning Israel or more precisely the State of Israel and its borders determine our view of the importance of reconciliation and our willingness to be involved.

The determining factor must be the love of God for all people in Jesus the Messiah, our Lord.

As Jesus-believing Jews as well as non-Jews we must not give up the hope of reconciliation. I recently read a very moving article which gave me hope. I came across it as I was looking through old international journals and magazines on Jewish missions. In the magazine of the Norwegian Church Ministry to Israel from 1946 I found a story told by a German Jesus-believing Jew, former judge Hans Walter Hirschberg, who survived Theresienstadt. The story is a strong testimony of love and forgiveness even under such terrible conditions, something very relevant when our focus is on reconciliation.

In the article which was first published in the Romanian Jewish-Christian magazine Prietenul, Hirschberg tells how in Theresienstadt “the clear light of the gospel shone brightly. Of all the Jews in Theresienstadt one out of every ten belonged to a Christian denomination. Some were Protestant, some were Catholic.” Hirschberg continues:

From spring of 1942 both the Catholic and the Protestant Jews in the camp formed their own organization, and through a miracle of God we were able to meet “in freedom” around the word of God almost all the time. Until our time came, our executioners, who had given us over to death, had no interest in whether we served God or not. Neither did they understand what strength and encouragement we gained from these meetings in the presence of God. In this way we Jewish-Christians could keep our Sundays and our holidays and on a regular basis share Bible studies, concerts and times of singing together. It was a pity that we were not able to organize a Sunday school for the children who had to work so hard.

One of our favorite themes as Jews was “vengeance is mine, saith the Lord.” It was easy to understand why Jews who had suffered and endured so much, and who so often had to see their children be slaughtered, could be filled with hate and a desire for revenge. But Jesus has taught us to love and to forgive. In His name and encouraged by the Scriptures of the Old Testament, we spoke against the desire for revenge and refused to let it take over our lives. [2]

The Catholic and the evangelical Jews lived together as brothers and with respect and understanding for each other. In Theresienstadt the words of Jesus regarding how we all should be one became a reality. All of us Jews who believed in the Lord Jesus were one body even though we were of different opinions and our worship services were not the same.

The Hebrew Christian Johan Friedländer, a former general in the Austrian army, was a Catholic but he often preached in our “evangelical” church in Theresienstadt. He was a pious man of God. Our evangelical church was led by pastor Enker, a Jewish-Christian from Holland and a man with a deep and profound faith in Christ. One day right before the Catholic general Friedländer was to preach to us he was informed that his name was on the list of those who were to be taken to Poland to a “Vernichtungslager” (extermination camp). But as if nothing had happened he quietly preached his sermon and ended with a pleading prayer which none of us would ever forget. The next day he was taken to Auschwitz where he was killed. The peace and calmness in Jesus which he showed, together with other things helped us tear down all the confessional walls. All we Jews who believed in Jesus were one.

Also our British deacon Fritz Poskauer did his service in the church till the end. He found death together with Friedländer.

In the church in Theresienstadt nobody tried to hide their light under a bushel. We were to die – even without confessing Christ – so if we confessed Christ and testified to him what did we have to lose? More than die we could not and to die we had been determined – regardless of our confession to Christ.

So we preached “all the council of Christ” and we openly prayed for pastor Niemöller and other believers in the concentration camps. I believe we were the only ones who were really free. Nobody could take away our freedom by sending us to the camp. We were already there.

For many of our “congregation members” baptism had been only a formality. They had never really considered being followers of Christ until they came to Theresienstadt. But here under the influence of the word of God they were converted. Jews who had until then been only Christians by name became real Christians. Many orthodox Jews, but also Jews who were atheists, found Jesus and were saved in Theresienstadt.

I am one of the few survivors from the concentration camp in Theresienstadt. Most of my brothers went to be with the Lord but my Savior saved me from the camp in order that I should proclaim the wonderful things the Lord has done among those who walk in the valley of the shadow of death.

What a testimony! This testimony speaks to us forcefully as we ourselves talk about living out the challenge of reconciliation.

Prayer: Lord, comfort those who mourn the loss of loved ones who died in the events of September 9, 2011. Bring to justice those responsible. Have mercy on us and on the world you have created, and help us to be reconciled across the barriers of politics, creed and ethnic identity. In Yeshua’s name, and for his glory, we pray. Amen.

On September 11, 2001, 19 militants associated with the Islamic extremist group al-Qaeda hijacked four airliners and carried out suicide attacks against targets in the United States. Two of the planes were flown into the towers of the World Trade Center in New York City, a third plane hit the Pentagon just outside Washington, D.C., and the fourth plane crashed in a field in Pennsylvania. Often referred to as 9/11, the attacks resulted in extensive death and destruction, triggering major U.S. initiatives to combat terrorism and defining the presidency of George W. Bush. Over 3,000 people were killed during the attacks in New York City and Washington, D.C., including more than 400 police officers and firefighters.