After the body of a two year old girl found in Velress (Vaucluse), France, was used as an excuse for plundering the surrounding area (March 27), Pope Innocent IV (who was semi-retired by Emperor Frederick II) issued the Papal Bull Lacrimabilem Judaeorum against blood libels and sent it throughout Germany and France. 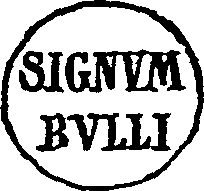 Pope Innocent IV sends Dominicans and Franciscans out to the Tartars.jpg

Prayer: Lord, have mercy upon your church, and upon those who have falsely accused your people Israel over the centuries of terrible crimes. In Yeshua’s name. Amen.

Full translation to follow – no time to correct »From the Jews of Germany we have received the tearful question that some men who are of the church, which the secular authority and the mighty men, and others of the nobility of your cities, and dioceses, and to usurp their goods unjustly tear down, the inventors were against the consuls themselves, thinking and impious counsels of the opportunities that were speckled and diverse, in light of their prudence, that your They went out of their Christian testimony to the faith as it were by the archive and, among other things, the commandments of the divine law, which says the scripture, “You shall not kill,”, and opposition of any of them, in the feast of poschali died of itself, did not happened, a false, and seizing the same, that in the very heart of a child in common with the solemnity of the slain himself, by believing it, that the Law itself, and to command, since it is clearly contrary to the law, and object to them, maliciously, lying in a dead body, if it happens that it in some place on the subject. And in this way also and very much else in the fictions, being enraged at them, his anger is not upon them those accused, but not after they had confessed, and convicted of, contrary to the privileges granted to them, deprive them of their power with God and with clemency and justice, from the apostolic see all his good things, and let hunger, prisons and so many troubles and so great sufferings they pinch, them, and that many of them suffered divers punishments afligendo condemning the kinds of shameful death, and that these persons do the Jews, as it were, those living at the above-mentioned principle, nobles, and the dominion of the powerful doterioris that you were created, they were under Pharaoh in Egypt, and their fathers, they are obliged by their predecessors, out of them, and out of that place inhabited by a tompore , but I could not out of mind, is miserably in exile; Hence his fear led to the destruction of the Apostolic See for recourse. Therefore, the aforementioned Jews wishing to unjustly harassed, whose conversion Lord pity expects the same to happen with the testimony of the Prophet believed to be a remnant, we order you to pay significant and bonignos, all on the same premises against the Jews by the above-mentioned prelates, famous and powerful men have found random attempted in the state the debt has been called up, does not permit them for the rest of his Vet similar molested by some; molestatores caught behind appeal by ecclesiastical censure composcendo.