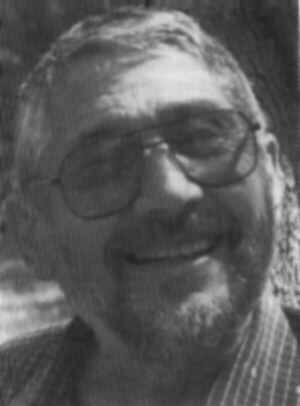 Gershon Nerel, who followed Menachem as Israel Secretary of the IMJA, gives this tribute: 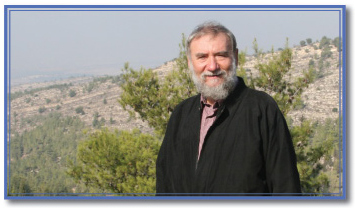 Menahem Benhayim (1924-2004): In Memoriam of a Creative Messianic Jew: Words shared at a Memorial Service by Dr. Gershon Nerel

My acquaintance with Menahem lasted over thirty years. In fall 1974, almost a year after the Yom Kippur War, we undertook the challenge to work together towards reviving the “Messianic Jewish Alliance of Israel” (MJAI). In those days Menahem had just returned from Lausanne, Switzerland, where he participated alongside Victor Smadja and Baruch (Ricky) Maoz in an international congress on world evangelization. With the enthusiasm of a teenager Menahem invested his whole energy in the attempts to establish a national body of Messianic Jews, a body which, in fact, had already roots in the land in the 1950s and during the British Mandate. However, these efforts to recreate a new alliance gave fruit only a decade and a half later, in 1989.

However, my real close relationship with Menahem developed only during the last eleven years, after I became his successor in the position of “Israel Secretary” for the “International Messianic Jewish Alliance”. This began in 1993, after Menahem completed no less than 17 years of faithful service in this position, prior to his retirement. Menahem was a creative person. He was active in many spheres, and wholeheartedly identified with the various functions that he took upon himself. Here I wish to mention the major characteristics in his lifetime, as follows:

The capability of writing was Menahem’s major “gift”. He was a real penman and editor. It was particularly his journalistic writing that was his expertise. His writing well benefited from his natural insights as author, referee and examiner. For example, he initiated and directed the publication of two periodicals by and for Jewish believers in Yeshua: 1) “B’shuv” (Restore or Return) – of which the first issue appeared in Hanukka 1981, and lasted for about a decade. 2) “Zot Habrit” (This is the Covenant) which appeared in winter 1990/ 1991 and became the organ of the MJAI [Messianic Jewish Alliance of Israel]. 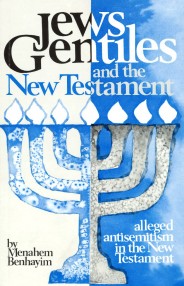 Menahem contributed dozens of articles, mainly on Messianic Jewish topics, which are scattered in different magazines, mostly in “The Hebrew Christian” (later “The Messianic Jew”), organ of the International Messianic Jewish Alliance [previously International Hebrew Christian Alliance]. Personally, I owe special thanks to Menahem for his linguistic assistance in correcting and polishing many of my own articles which were written originally in my “Hebraic English”.

A “Soul” of a Philanthropist:

Menahem was a real benefactor. He initiated and voluntarily conducted the “Keren Meshihit Israelit” (Israeli Messianic Fund), a “Messianic purse” which assisted many needy believers in Israel through substantial grants and loans, avoiding commercial interest. The lion’s share of the fund raising was done by Menahem. Later he formed a small committee, together with David H. Stern and Yossi Hershku-Ben Zvi, to carry out the work of the fund. This fund was the basis of “Hadadit” (“Mutual Aid”), which is the current fund of MJAI for assisting local needy believers. Thus, for example, we do remember all the efforts Menahem invested to raise the funds for the kidney transplant and further medical treatment, including physical rehabilitation, of the late Ilan Zamir.

Menahem was a skilful administrator. He could easily handle the heavy load of paper work. He well organized his worldwide correspondence, and insisted on responding to each and every letter – for many years without secretarial help. With a very strong sense of responsibility, he did the work of a clerk with a servant spirit. Many years he initiated and organized the national conferences of the MJAI, sending out the invitations, the reminders and then also successfully keeping to the time-tables. Thus, we remember how he initiated and took the burden to organize in 1992 the trip of a delegation of Israeli believers to Egypt. Menahen even raised the funds to cover the expenses of this trip, yet this effort severely damaged his health and he needed hospitalization. Since then his health continued to deteriorate.

“An Interdisciplinary Center of One Person”: 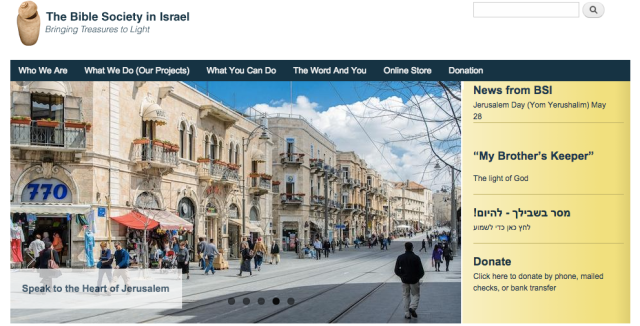 Menahem labored and participated as member of various committees around the country. I joined him, and in some of these teams I still participate continuously until today. To mention just some of these committees: The supervising group of “Dugit”, a Messianic Gallery and center in Frishman Str. in Tel Aviv; the Executive Committee of the United Christian Council in Israel (UCCI), where Menahem also translated, summarized and disseminated clippings from Israeli newspapers with information about Messianic Jews and Christians in the land (today this work of “Media Review” is carried out by the Caspari Center in Jerusalem); the Advisory Board of the Bible Society in Israel (where Menahem raised his idea, which failed [at that time], to translate the Old Testament into Modern Hebrew); the Editorial Advisory Board of “Mishkan”, a semi-annual forum on the Gospel and the Jewish people (originally published by the UCCI and nowadays conducted by the Caspari Center); the Executive Board of the MJAI and also the “Local Management Committee” of the Ebenezer Home for the elderly believers in Haifa.

The Maker of Peace:

I must admit that Menahem and I did not agree about everything. In some matters we differed in a polar way. Thus, for example, in Menahem’s eyes I was too “fundamentalist” in my understanding of Holy Scripture, as, for example, with my literal interpretation of the creation of the world in six days. On the other hand, in my eyes Menahem was too “liberal” in his exegesis of the Bible. We both knew well on what we disagreed. Yet notwithstanding, in spite of the conflict of opinion between us, we continued to work together, particularly because Menahem was a pursuer of peace. In fact, he was so much pursuing peace that sometimes, in my view, he leaned towards compromising too much. At the same time, however, he could also be harsh, especially when people requested money in dishonest ways. Then he became tough and impatient. But, when he was fully convinced that there was indeed a real case of financial need, he was willing to function as a Schnorrer (begging, soliciting alms), almost as a professional! So, he could write letters and make phone calls to the end of the world, in order to convince potential donors to send the needed money.

Menahem and I saw Biblical Zionism eye to eye. In his activities and writings he emphasized his national Jewish identity. Zionism based on biblical prophecy was of great importance to him. The modern movement of Messianic Jews, on the one hand, and Zionist nationalism of both secular and religious Jewry, on the other, were closely linked in his eyes. Together with Haya, his wife, Menahem was most proud to be the first American Messianic Jewish couple to make aliyah to Israel (1963), and went to live in the heavy heat of Eilat, “in the edge of the Negev and the entire world”. So how symbolic that he died on America’s Independence Day. 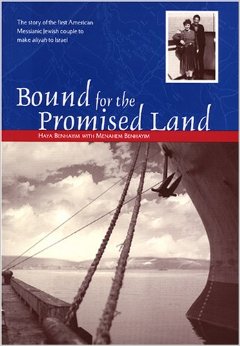 Summer 2003 Menahem and Haya published their autobiography, from Haya’s perspective. By the title of this book, Bound for the Promised Land, he expressed his deep love for Eretz Israel, the Land of Israel, being the focus of God’s promises to His people Israel and to the rest of the nations. About “National Menahem” one can learn, for example, from an editorial he wrote in the first volume of “B’shuv”:

“The central aim of this organ is to enable Messianic Jews to express their belief while one keeps in mind the unquestionable premise that nowadays God works among Israel that returns to her homeland, as well as within the renewed Messianic community, just as He ‘at various times and in various ways spoke in time past to the fathers’ (Hebrews 1,1). This aim also gives expression to the belief that God completes anew in the body of Messiah the healthy Jewish component which in past times consisted an inseparable part of Messiah’s body” (pp. 3-4).

Respecter of Roots and Israeli/Jewish Identity: 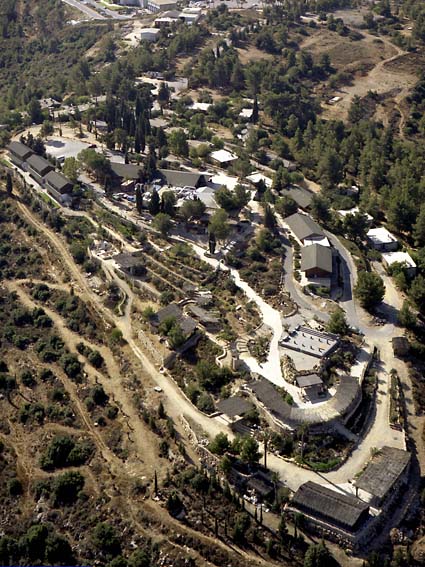 Menahem respected those pioneers who labored in the land before him, both Messianics and others, and endeavored to learn from them. In our last conversation, when he already lay on his sick-bed in “Hadassah” hospital on Mt. Scopus in Jerusalem, he reminded the “veteran” believers whom he met during his lifetime. As talking in Hebrew became more difficult for him, he began to speak in English. In connection with Moshav Yad Hashmona, Menahem raised the name of Haim Haimoff (Bar David) and said: “The late old Haimoff was a man of no nonsense, he did not like to tell jokes or to organize events for fun, yet he laid solid foundations for younger generations”. Menahen’s appreciation for the historical roots and the identity building of both individuals and groups, like the Messianic movement, was enormous. He could easily point to the fruits that the roots, the trunk and the branches of a “tree” have produced throughout the years. Furthermore, when Menahem, a man of integrity, wrote vignettes on the Messianic movement, he also never whitewashed the “sour fruits” within the narrative.

Only a few months ago Menahem reached four score years. Although three decades separated the two of us, in our talks he never elevated himself as the senior one. We always spoke in complete openness, as peers and friends. I loved his simplicity and humbleness, his direct approach in every matter and problem. At the same time, when needed, he could keep to himself confidential issues, as a real man of trust. And, in moments of truth, he had no difficulty at all to ask for forgiveness. Menahem never looked down on anyone, and never treated cruelly any person. His soft heart was full of compassion. “Blessed are the merciful, for they shall obtain mercy” (Matt. 5: 7).

Menahem was born in Brooklyn, New York City, on April 29, 1924, and died in Jerusalem on July 4, 2004. He was buried at “Har Hamenuhot”, Mount of Quietudes, the Jerusalem cemetery, on the slope opposite to the ancient road to Emmaus.

Prayer: Thank you Lord for the life and ministry of Menachem BenHayim, and his gentle, profound and pioneering faith. He was an inspiration to so many, and the Messianic movement in Israel and around the world is much richer because of his contribution. May we too have the same authenticity, genuineness and love for Yeshua that he displayed, and may our generation and those that follow of Messianic Jews be as effective as he was in his service to you. In Yeshua’s name we pray. Amen.

Bound for the Promised Land, one of our new releases, is the heart-warming story of the first American Messianic Jewish couple to immigrate (make aliyah) to Israel. Both are the seventh children of Eastern European Jewish immigrants to the U.S. Both are beloved by the believing community in the Land. Their true adventure, told from Haya’s perspective, traces how the two met, as well as how they fell in love with Jesus and then with one another. Follow this remarkable couple as they journey from America to the land of Israel, from their arrival at the port of Haifa in 1963 through the ’67 and ’73 wars to their current life in Jerusalem. Throughout their forty years of pioneering in the Land, they have openly expressed in both word and deed their faith in Y’shua the Messiah. You won’t want to miss their story.