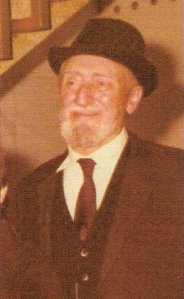 Among the pioneers of the modern revival of a Messianic presence within Israel linked to Yeshua, the Bar-David family are unique. While not a few preceded them in the difficult witness and walk of Yeshua within reviving national Israel, none had succeeded in striking deep enough roots in the land to transmit their commitment to future generations who would remain in the land faithful to the parental vision. 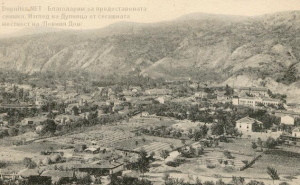 Haim Joseph Haimoff was born in the small town of Doupnitza, not far from Sofia, the capital of Bulgaria, 10 May 1905. He was the oldest son of six children, two younger brothers and three sisters. His parents, Joseph and Tamar, of Sephardic origin, were not observant Jews but kept Jewish traditions. His father, a wealthy tobacco merchant, was a free thinker who served as the president of the Jewish Community for nearly 15 years.

After graduating the American College at the age of 17, he continued his studies in the University of Zürich, Switzerland, in the Faculty of Law with its special branch of Social Economics. During two academic years (1923/4 and 1924/5) he took classes in economic theory and practice, and focused on legal aspects of business management. These studies actually enabled him to skip military service in Bulgaria. However, it was in Zürich that Haimoff decided to leave the academic world and to dedicate his entire life to the service of Yeshua. After he carefully read the Sermon on the Mount he realized that here he had found the treasure in the field. Decades later he wrote in his testimony:

What I found in this wonderful Sermon and in the New Testament I could not find in the whole of classical literature and in all the philosophical systems. I knelt and prayed to the God of my fathers. I was filled with the Holy Ghost who convinced me beyond any doubt that Christ was the Savior and in the New Testament was the truth. I had no more any interest in continuing my studies in the university. I wanted to know Christ deeper and deeper and serve Him by proclaiming His Gospel to my people. After four semesters, God helped me in stopping my studies. Only one year more I could get my doctorate in Political Economy. But I was not anxious for that since I did not intend to make any use of it.

At home in the beginning his father did not make any objections to his faith in Yeshua. At the time Haimoff was his father’s attorney and chief treasurer. They had in their tobacco workshop about 250 daily workers, mostly women, besides technical staff and clerks. Yet when the father saw that for his son the spiritual matters were indeed serious and deep, he told Haimoff that he could believe whatever he wished, but there was no need to go to church or speak to everybody about Yeshua. This Haimoff could not accept. So by the end of May, 1928 he left family and home and travelled to the land of Israel, which he believed was the only divinely appointed place for Jews to live.

Haimoff was one of the few Jewish believers to remain in Israel during the 1948 war. He then worked as a missionary with the American Board of Missions to the Jews (ABMJ) and was President of the Israel Hebrew Christian Alliance. He was also a member of the UCCI (United Christian Council in Israel), but became disillusioned with organisations, and decided to concentrate only on his own congregation, around the nucleus of the members of his large family of six boys and one girl. Haimoff gradually limited his pastoral activities to the greater Tel-Aviv area, avoiding any commitments among JBY on the national level. Consequently, many believers in the land often criticised him as being a separatist and even a “sectarian,” because he boldly refused to attend any committee work or join conferences around the country.

Eventually some believers also apologized for their criticism. Thus, for example, Rachmiel Frydland, who represented the IHCA in Israel (1961-1965), and then returned to America, wrote many years later in one of his reports, as follows:

I admitted to Mr. Haimoff, that when I was in Israel as secretary for IHCA, I did not know how to appreciate him and his family as they kept so much to themselves and did not mix with other believers. I asked him sincerely to pardon and forgive me. This he did readily.

Haimoff and his larger family were instrumental in the formation of many of the institutions of the Messianic movement in Israel today, including Congregations, Children’s Camps, Music and Arts Ministries, and associations and networks. Yet he himself remained an independent thinker, a pioneer leader, and his own man.

Well beyond his four score, Haim Haimoff died on 6 February 1991, and was buried at Yad-Hashmona, a small Messianic Moshav (village) in the Judean Hills west of Jerusalem, where four of his children and their families have settled since 1979. While on his sickbed, Haimoff spent his last days at YadHashmona during the Iraqi missiles strikes on Ramat Gan, near the family home. At his graveside, inaugurating the Moshav cemetery, his whole family and a host of friends and believers from around Israel gathered. A month later the following words in Hebrew were inscribed on the gravestone: “I have finished the race, I have kept the faith and from now there is laid up for me the crown of righteousness,” taken from 2 Timothy 4:7.

Prayer: Thank you Lord for the life and legacy of Haim Haimoff, to which the Messianic movement in Israel and around the world is greatly indebted. May we follow in his example of faith and fortitude, and as he ran the race with perseverance, looking to Yeshua, the author and perfecter of his faith, so too may we. In Yeshua’s name we pray. Amen.

I am most grateful to Gershon Nerel for his article in Mishkan on Haimoff, available here