‘There were perhaps five different Arthur A. Cohens, and nearly all had cult followings. In order of appearance (roughly speaking), they are: Cohen the neo-Orthodox Jewish theologian; Cohen the astonishingly successful book publisher, herald of the “paperback revolution”; Cohen the magnanimous organizer of salon gatherings and anthologies; Cohen the aggadic novelist; and Cohen the challenging and occasionally cryptic post-Holocaust theorist. A few additional selves might be teased out of his variegated life, but at least these five deserve separate mention. Their areas of accomplishment were discrete, as were, in many cases, their audiences. At the time of his death, fifteen years ago of leukemia at the age of 58, Cohen had no lack of admirers; his inclusion in Dan Cohn-Sherbok’s  ‘Fifty Key Jewish Thinkers’ (of all time) is testimony to the seriousness with which he has been taken. At the present moment, however, it seems that his posthumous fate is hanging in the balance. Perhaps the very fact of his versatility has made categorization too strenuous a task…’

”The fear of anti-Semitism has waned and the hope for the restoration of Israel has been fulfilled; neither is now an effective reason for holding on to Jewish identity. Now as never before it will be possible for the Jewish people and the state of Israel to survive but for the Jewish religion to perish.” (”Why I Choose to Be a Jew,” published in Harper’s in April, 1959 218:1307, pp. 63-66) 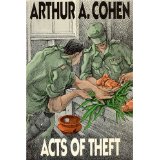 Scholar David M. Stern has written of Cohen: “Though he was best known as a novelist and theologian, he also pursued successful careers as a highly regarded editor and publisher, as an expert collector and dealer in rare books and documents on twentieth-century art, and as a man of letters and cultural critic who wrote with equal authority on modern European literature, medieval Jewish mysticism, the history of Dada and surrealism, and modern typography and design.”

Arthur A. Cohen, a novelist, a publisher and an author of many works on the history of modern Jewish thought, died yesterday morning of cancer at his home in New York City. He was 58 years old.

Mr. Cohen won the National Jewish Book Award for his 1983 novel ”An Admirable Woman.” In an article distributed with the book by the publisher, Mr. Cohen said Erika Hertz, the heroine of his novel, had been ”suggested to me by the remarkable personality and intellectual career of an old friend, Hannah Arendt.”

Another of his five novels, ”A Hero in His Time,” tells of two Russian poets who travel to the United States on a cultural mission, one of them to celebrate poetry, the other to celebrate himself. 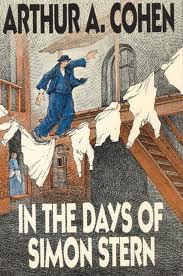 ”In the Days of Simon Stern,” Mr. Cohen’s novel about America as a refuge for the Messiah, was described by Cynthia Ozick in The New York Times as ”a serious and vastly conceived fiction bled out of the theological imagination.”

Mr. Cohen’s theological interests went far beyond fiction. Born in New York City, he earned bachelor’s and master’s degrees from the University of Chicago, where he studied philosophy and comparative religion. In 1950 he enrolled at the Jewish Theological Seminary of America in New York, where for three years he studied medieval Jewish philosophy. He was a visiting lecturer in religion at Brown University and a visiting lecturer in theology at the Jewish Institute of Religion. 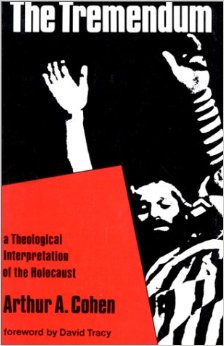 His nonfiction books include ”Martin Buber,” a study of the Jewish religious philosopher; ”The Tremendum: A Theological Interpretation of the Holocaust,” and ”Herbert Bayer: The Complete Work.”

Despite his long illness, Mr. Cohen wrote and edited two books scheduled for publication within the year: ”Artists and Enemies: Three Novellas” and ”A Handbook of Jewish Religious Thought,” edited with Paul Mendes-Flohr.

Mr. Cohen also wrote for many magazines and journals. In the article ”Why I Choose to Be a Jew,” published in Harper’s in 1959, he wrote:

”The fear of anti-Semitism has waned and the hope for the restoration of Israel has been fulfilled; neither is now an effective reason for holding on to Jewish identity. Now as never before it will be possible for the Jewish people and the state of Israel to survive but for the Jewish religion to perish.”

Replying in 1980 to an interviewer who said that Mr. Cohen’s novels were marked by lengthy parables, dialectical discussions and dream sequences, the author replied: ”I think of them as something extra delivered by the novelist, a discipline delivered as a bonus about a subject not familiar to all readers. There’s an impatience with intellectual endeavor. We have the attitude that the mind is not an operating generative force. We’re only concerned with the imagination acting as an immediate sensation.” Founded Publishing Companies

In 1951, while attending the Jewish Theological Seminary of America, Mr. Cohen founded the Noonday Press with a friend, Cecil Hemley. In 1954 he founded Meridian Books, which was acquired in 1960 by the World Publishing Company. He was also the editor in chief of Holt, Rinehart & Winston.

Mr. Cohen was on the board of the PEN American Center, and he played an active role in the weeklong International PEN Congress that brought dozens of foreign writers to New York last January. He was also the chairman of the board of the YIVO Institute for Jewish Research. On the street level of his East Side townhouse, he founded Ex Libris, an antiquarian bookstore devoted to rare, out-of-print materials on 20th-century art.

An excellent study of his theological and fiction writing, and biographical sketch, is Emily Kopley’s “Arthur A. Cohen’s Messianic Fiction” which gives a comprehensive and well-written overview of the life and thought of Arthur Cohen, setting his messianic fiction in the context of Jewish religious philosophy and American literature. Read and enjoy!

Prayer: Thank you Lord for this giant of Jewish thought, who expressed his own messianic yearnings through fiction as much as through theology. Just as he connected with Jewish tradition, contemporary culture and post-holocaust uncertainty, help us to communicate clearly our own messianic consciousness revealed and restored in Yeshua the Messiah. In His name we pray. Amen.