From the article “Hebrew Christianity in the Holy Land from 1948 to the Present” by  Ole Chr. M. Kvarme [p.43ff, footnotes omitted]: 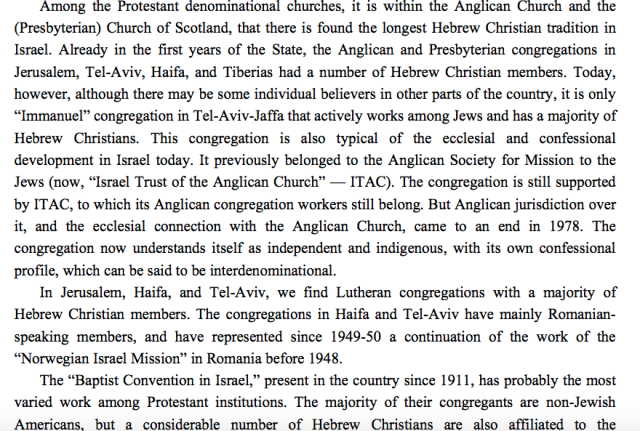 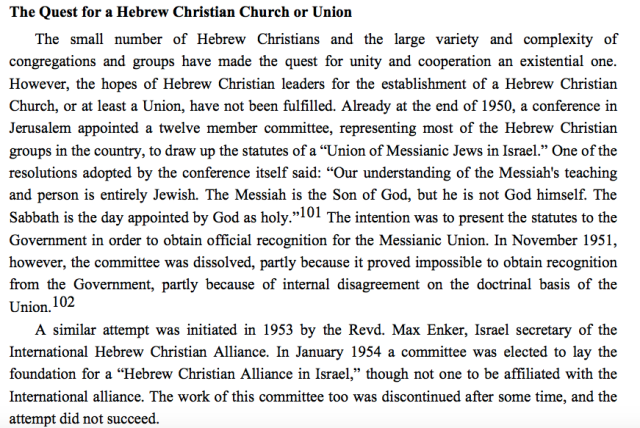 Prayer: Thank you Lord for establishing the Messianic movement in Israel. From small beginnings in 1948 it has grown to be estimated in the tens of thousands, There is still a long way to go, but we pray for your renewing and restoring power among your people Israel, to restore the remnant and return the exiles. In Yeshua’s name we pray. Amen.