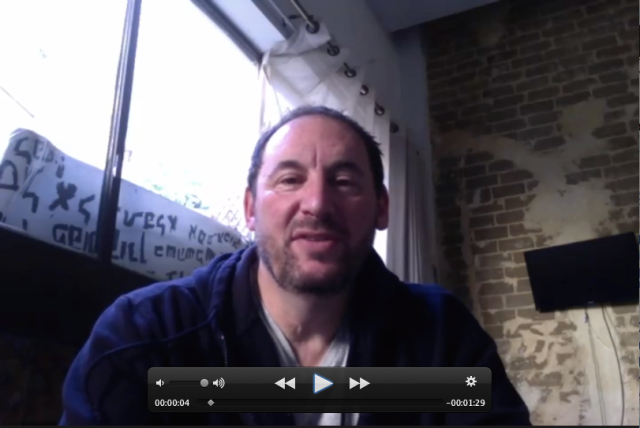 Not one to hold back from self-promotion, he told his story in many versions in his autobiographical narrative. 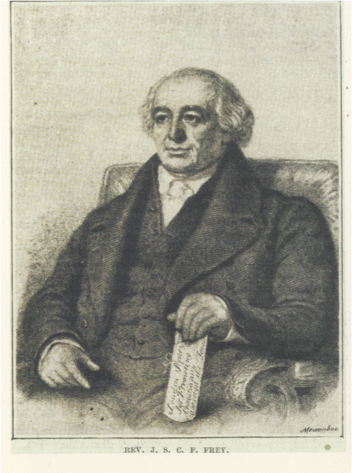 A charismatic preacher, an able organizer and fund-raiser, and a theological mind of singular vision, clarity and exposition, he arrived in America after leaving the UK and the London Society for the Promotion of Christianity Among the Jews (CMJ) to set up a similar society in the USA.

Frey had previously helped to found the London Society in 1809, and the Beni Abraham, a congregation of Jewish believers in Yeshua, in 1813 in the UK.

But for reasons not fully known, and probably because of a scandal, he left the UK and arrived in the USA around 1816.

The ASMCJ was not as successful as its UK counterpart, only lasting a few years, as other denominational Jewish missions became more the focus for American millenarian and evangelistic concerns. Frey’s own charisma and personality waned. But American Jewish historian Jonathan Sarna credits Frey not with the success he hoped for in evangelism or forming Hebrew Christian brotherhoods, colonies in Palestine or congregations, but in challenging the USA Jewish communities to develop their own institutions, education and resources to counteract any effect the missionaries might have. 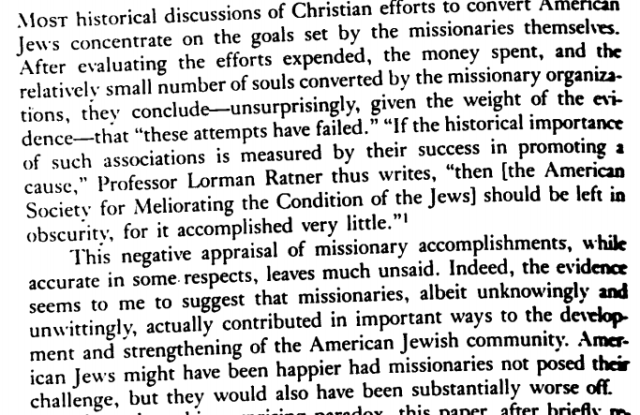 Prayer: Lord, you alone know our characters, thoughts and motives. You understand better than we do the historical processes that led to the formation of Jewish missions in the 19th century, and the confluence of circumstance, contexts and characters that brought Jewish believers in Jesus such as Frey into popular Christian and Jewish discourse and imagination. Today Messianic Jews face similar problems of integrity, authenticity and communicability of the Good News of Yeshua as we stand between two communities of faith who often misunderstand, distrust and dislike each other. Have mercy, O Lord, have mercy, and strengthen Thou the work of our hands. In Yeshua’s name we pray. Amen.

Joseph Samuel Christian Frederick Frey (born Joseph Levi) (1771–1850) was a missionary to Jews. In 1809 he founded the London Society for promoting Christianity amongst the Jews after disagreements with the London Missionary Society.[1]

The Hebrew Christian Prayer Union consisted mostly of women who were Jews who had converted to Christianity and who met for prayer. The organization was under the sponsorship of Rev. Philip Milledoler of the Reformed Dutch Church. Their efforts led to the formation in December 1816 of the first American Christian mission to Jews, which was incorporated on April 14, 1820 as the American Society for Meliorating the Condition of the Jews. There were, however, few Jews in the US at the time, and the organization was run by Christian leaders of a variety of denominations. A number of scandals weakened the organization, and it ceased to exist in 1867.[2]

Saving the Jews: Religious Toleration and the American Society for Meliorating the Condition of the Jews

In lieu of an abstract, here is a brief excerpt of the content:

In February of 1820, a cohort of clergymen and lay leaders gathered in New York City to launch a new, multidenominational, nationwide missionary project called ‘‘The American Society for Meliorating the Condition of the Jews.’’ The Society was spearheaded by Joseph Samuel Christian Frederick Frey, a former rabbinical student who had converted to Christianity as a young man in his native Germany. Before immigrating to the United States, Frey had spent some time as a missionary in England where he helped to found the London Society for Promoting Christianity among the Jews. As the group’s popularity grew among the Lutheran and Reformed communities who had built the organization, Anglican members wrested control of the leadership and expelled nonconformists. Rejected from his life’s work, Frey traveled to the United States to start again.

In New York, Frey became involved with the city’s Presbyterian community and began preaching in a city church. Once settled in the community and with the urging of friends and local clergymen, he revisited his pet project to evangelize Jews. Frey’s idea to build an organization to preach to Jews appealed to his American Presbyterian colleagues and quickly attracted interest from members of other Protestant denominations, including a number of influential political and religious leaders such as John Quincy Adams, Peter Jay, and the presidents of Yale, Princeton, and Rutgers: Jeremiah Day, Ashbel Green, and Philip Milledoler.

Members of the American Society for Meliorating the Condition of the Jews believed that they were in a unique position to usher in a new era of cooperation between Christians and Jews. While Europe was still riddled with dogmatism, participants in the society mused that Americans ‘‘heartily rejoice[d] in every triumph of real liberality,’’ and were truly ‘‘open-minded’’ and ‘‘free from prejudice.’’ They viewed their enthusiasm as evidence that ‘‘bigotry had no power, and even toleration [was] not an appropriate term’’ to describe the environment of religious freedom in the United States. To realize its vision, the Society partnered with a German nobleman, Count Adelbert Von der Reke, who promised to recruit converts for the colony from among the thousands of European Jews he claimed had already embraced, or wanted to embrace, Christianity. On the American side, the Society—an executive board based in New York, a network of auxiliary societies spanning from Maine to Georgia, and a small group of converts—worked to raise money to procure property for a colony to settle the converts. In short, the Society’s tolerant mission would evangelize and colonize Jews.

How do we make sense of this strange coalition—a former rabbinical student, a German count, a group of American religious and political elite, a sundry network of Protestant charitable societies, and a phalanx of ‘‘Hebrew Christians’’—who promoted tolerance and unity in the United States by evangelizing and colonizing European Jews? The members of the American Society for Meliorating the Condition of the Jews were inspired by evangelical impulses encouraging them to put aside their denominational differences in order to spread the kingdom of Christ. They were also influenced by Christian Zionism, or Restorationism, a biblical prophecy that led many evangelicals to believe that the restoration of Jews to Israel was a prerequisite for Christ’s return to Earth. At the same time, the American Society for Meliorating the Condition of the Jews reflected new trends emerging in the years between the Revolution and the Civil War. Americans were trying to figure out how to construct policies, institutions, and practices to accommodate the variety of religious life in the United States, given that they fundamentally embraced civil and religious liberty, yet few were interested in compromising their own beliefs.

Many historians have worked to make sense of Americans’ conflicted embrace of religious freedom. They have revealed that while Americans viewed religious freedom as a fundamental right, many also tended to believe that in order for the republic to flourish, coercive measures were necessary to cultivate a virtuous society. During the Revolutionary era, the competing dissenting religious groups identified established religion as their common enemy. They agreed, though often grudgingly, that it was better to accept the right of multiple religious groups to worship openly and receive…

Messianic Jewish teacher in UK
View all posts by richardsh →
This entry was posted in otdimjh and tagged American Society for Meliorating the Condition of the Jew, article, asmcj, cmj, frey, otdimjh. Bookmark the permalink.