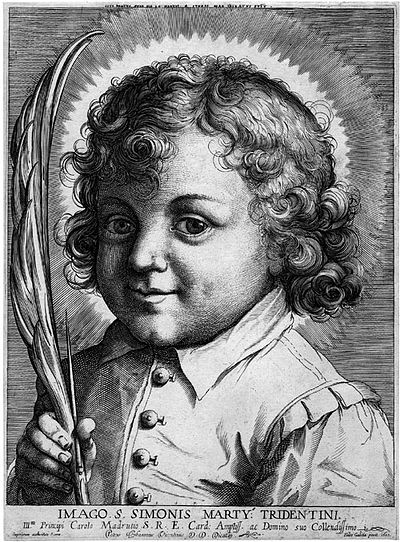 The story of Simon of Trent belongs to the reign of Prince-Bishop Johannes IV Hinderbach, an Austrian noble, under the jurisdiction of Holy Roman Emperor Frederick III. Shortly before Simon went missing, Bernardine of Feltre, an itinerant Franciscan preacher, had delivered a series of sermons in Trent in which he vilified the local Jewish community. When Simon went missing around Easter, 1475, his father decided that he must have been kidnapped and murdered in Palazzo Salvadori in the Trent by Jews. According to his story, the Jews had drained Simon of his blood for use in baking their Passover matzo and for occult rituals that they practiced in private.

According to historian Ronnie Po-chia Hsia:

“On Easter Sunday 1475, the dead body of a 2-year-old Christian boy named Simon was found in the cellar of a Jewish family’s house in Trent, Italy. Town magistrates arrested eighteen Jewish men and five Jewish women on the charge of ritual murder — the killing of a Christian child in order to use his blood in Jewish religious rites. In a series of interrogations that involved liberal use of judicial torture, the magistrates obtained the confessions of the Jewish men. Eight were executed in late June, and another committed suicide in jail”.

The consequences, however, are well documented. The entire Jewish community (both men and women) were arrested and forced to confess under torture. Fifteen of them, including Samuel, the head of the community, were sentenced to death and burnt at the stake. The Jewish women accused as accomplices were tortured, but freed from prison in 1478 due to papal intervention. The case at Trent also inspired accusations of ritual murder against Jews throughout the surrounding regions.

Pope Sixtus IV commanded Bishop Hinderbach on August 3 to again suspend proceedings, until the arrival of the papal representative, Bishop Giambattista dei Sindici of Ventimiglia, who, jointly with the Bishop of Trent, would conduct the investigation. After making an investigation, the papal agent denied the martyrdom of the child Simon and disputed the occurrence of a miracle at his grave.

Bishop Dei Sindici uncovered the “tissue of lies”, but when he demanded the immediate release of the Jews he was denounced by the Hinderbach and assailed by the mob, being compelled to withdraw to Roveredo. Thence, fortified by his instructions, he summoned the bishop and the podestà to answer for their conduct. Instead of appearing, Bishop Hinderbach answered by a circular, directed to all churchmen describing the martyrdom of Simon, justifying his own share in the proceedings, and denouncing the work of the Bishop of Ventimiglia. While the papal commissary was taking Enzelin, the supposed actual murderer, a prisoner to Rome for trial, the Bishop of Trent and the podestà continued their proceedings against the Jews, several of whom they executed.

Meanwhile, Simon became the focus of veneration for the local Catholic Church. The local bishop, Hinderbach of Trent, tried to have Simon canonized, producing a large body of documentation of the event and its aftermath. Over one hundred miracles were directly attributed to Saint Simon within a year of his disappearance, and his cult spread across Italy, Austria and Germany. 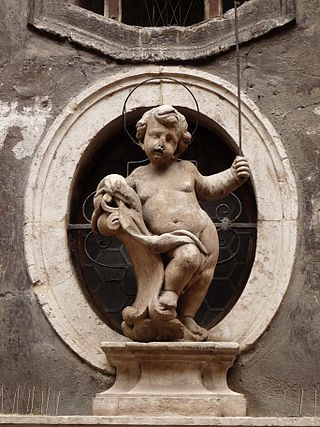 However, there was initial skepticism and Pope Sixtus IV sent Bishop of Ventimiglia, a learned Dominican, to investigate. The veneration was restored in 1588 by the Franciscan Pope Sixtus V. The ‘saint’ was eventually considered a martyr and a patron of kidnap and torture victims. His entry in the old Roman Martyrology for March 24 read: Tridénti pássio sancti Simeónis púeri, a Judǽis sævíssime trucidáti, qui multis póstea miráculis coruscávit. [Translation At Trent, the martyrdom of the boy St. Simeon, who was barbarously murdered by the Jews, but who was afterwards glorified by many miracles.]

In 1758, Cardinal Ganganelli (later Pope Clement XIV, 1769-1774) prepared a report clearing the Jews of Trent of the murder of Simon.

Pope Paul VI removed Simon from the Calendar of Saints in 1965. Simon of Trent does not appear in the new Roman Martyrology of 2000, nor on any modern Catholic calendar.

However, there are still those who believe he was martyred and blame the Jewish people. 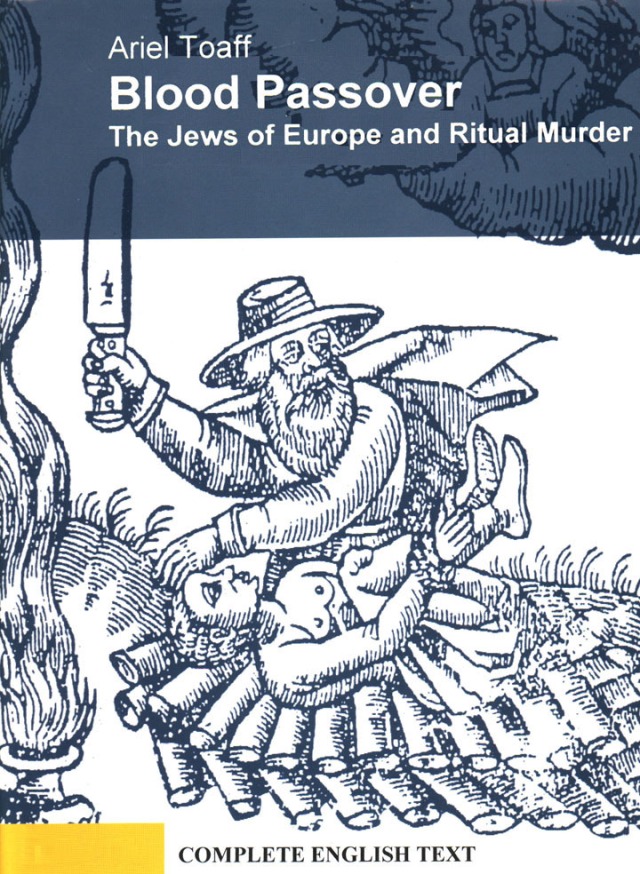 Also, a highly controversial book, Pasque Di Sangue (Passovers of Blood) by Israeli historian Ariel Toaff , son of Elio Toaff, the former Chief Rabbi of Rome, argued that there may have been a factual basis for the accusations brought against the Jews. This caused a furore when it appeared, going against the common view that such accusations were without any foundation.

Martyrdom of Simon of Trent above a Judensau.

Martyrdom of Simon of Trent above a Judensau.

Prayer and reflection: It is with deep anguish and sadness we remember the story of Simon of Trent, and the way his death was used to perpetuate the myth of the blood-libel that fuelled the fires of anti-Semitism and persecution of the Jewish people. The political interests of the day were well-served by presenting a martyred child to the populace, denigrating and demonizing the Jewish people in Europe, and keeping prejudice alive. Lord, have mercy on those who call themselves Christians, but who fail to show the love, mercy, justice and truth of Yeshua. In his name we pray. Amen.

Messianic Jewish teacher in UK
View all posts by richardsh →
This entry was posted in otdimjh and tagged antisemitism, article, blood libel, otdimjh, simon of trent. Bookmark the permalink.