Tensions arose in Córdoba, the city of Maimonides,the great rabbi, diplomat, philosopher and doctor of two centuries before, when the Moslem rulers allowed the flourishing of a golden age for the Jewish people. Now, under Christian rulers, it became the location for riots and attacks on Jewish believers in Yeshua.

Old Christians, those without Jewish background,  and the New Christians (conversos from Jewish families) formed two hostile parties. On March 14, 1473, during a dedication procession, a girl accidentally threw dirty water from the window of the house of one of the wealthiest conversos (the customary way to dispose of it.) The water splashed on an image of the Virgin being carried in procession in honour of a new society (from which conversos had been excluded by Bishop D. Pedro.) Thousands immediately joined in a fierce shout for revenge.

The mob went after conversos, denouncing them as heretics, killing them, and burning their houses. 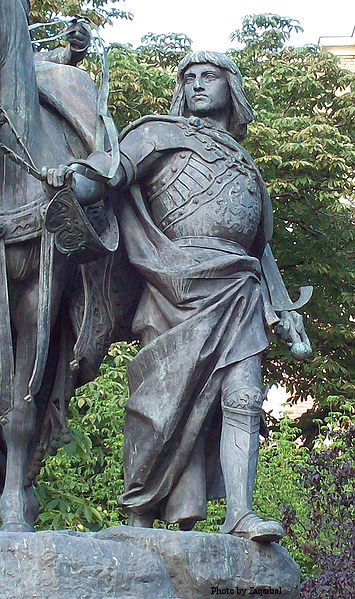 Bronze statue of Gonzalo Fernández de Córdoba (1453–1515). Detail of the Monument to Isabella of Castile, the Catholic, at Paseo de la Castellana in Madrid, by Manuel Oms y Canet.

To stop the excesses, the highly respected D. Alonso Fernandez de Aguilar, whose wife was a member of the converso family of Pacheco –

– together with his brother D. Gonzalo Fernández de Córdoba (“El Gran Capitán”), and a troop of soldiers, hastened to protect the New Christians. D. Alonso called upon the mob to retire. Its leader insulted the count, who immediately felled him with his lance. Aroused, the people considered him a martyr. 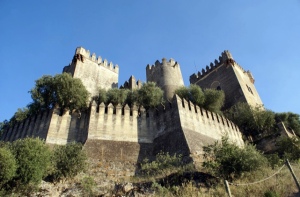 Incited by Alonso de Aguilar’s enemy, they again attacked the conversos. Men, women, and children were all killed. The rioting lasted three days. Those who escaped sought refuge in the castle, where their protectors also took shelter. The government decreed that no converso should thenceforth live in Córdoba or its vicinity, nor should one ever again hold public office, as if that meant the people would never find a reason to riot.

Prayer: Yet again we see the disastrous miscommunication between so-called believers in Jesus, here from Jewish and non-Jewish backgrounds, that leads to hatred, conflict, persecution and oppression. How often in our own day does the refusal of the powerful to listen to the needs of the poor, the marginalised and “the other” lead to stereotyping, demonization, and the very opposite of the love for one another that Yeshua taught was to be the hallmark of our love for you, O Lord, and the key to effective discipleship and witness to the world. Amen, Lord have mercy!

Anti-Converso Riots of the Fifteenth Century by Norman Roth

Conversos, Inquisition, and the Expulsion of the Jews from Spain – Norman Roth