The Jewish community of Worms on the Rhine, which is one of the oldest in Germany, is reached by the Black Death Persecutions. The alderman of Worms sentences the Jews to death at the stake, but they set fire to their own houses and more than 580 die in the flames.

The Black Death—the 14th century global pandemic—killed somewhere between 75 million and 200 million people. From 1348 to 1350, approximately half the population of Europe succumbed to the Black Death; it must have seemed like the apocalypse. Every part of medieval society was affected. In villages and cities, graveyards filled with corpses. And no one knew why.

Now we know that fleas on rats carried the plague from China all across Europe. At the time, however, many considered the plague the final judgment—an act of God. Faced with the end of the world, which it was for one out of every two Europeans, civil society broke down. People turned on one another. In particular, people turned on the Jews

Blaming the Jews was widespread, and the scapegoating resulted in the murder of tens of thousands of Jews and the destruction of over 200 Jewish communities.

The plague resulted in a grisly death. Once infected, people developed a flu-like fever. They began vomiting and developed buboes—puss-filled swellings—around their necks, armpits and groins. Victims developed purple and black blotches on the skin due to internal haemorrhaging. They would likely be dead within a week, due to flooding of the lungs.

The speed with which the plague killed and the pandemic spread was shocking to behold. As corpses piled up in the streets, those who weren’t dead were left stunned and petrified. Some believed that the Black Death was God punishing humans for their transgression. Religious zealots named the flagellants whipped themselves in public displays of self-flagellation to show God how sorry they were. But in addition to whipping themselves, the flagellants also persecuted Jews for the plague. They did so based on the premise that because Jews were dying in smaller numbers relative to Christians, they were poisoning wells.

Compared with Christian populations, Jewish communities seemed—at least in the eyes of antisemites—to be less affected by the plague, which of course added to their perceived guilt. The veracity of the perception that Jews were less affected is unclear but if it were the case it may stem from differing sanitary practices among Europe’s Christians and Jews.

In the non-Jewish world in the late 14th century, one might go extended periods without washing one’s hands. In contrast, Judaism prescribes regular washing of the hands throughout the day including on awakening and before meals. Jewish law also instructs Jews to bathe for the Sabbath and to wash bodies before a burial. Jews were also isolated in ghettoes, and thus set apart from the mainstream population, which may have insulated them from some contagion.

If indeed Jews were less affected than gentiles, another theory speculates that the holiday of Passover may have been a contributing factor. The New York Times reported New York University professor Dr. Martin Blaser’s theory that when Jews removed chametz (leavened food forbidden on Passover) from their homes ahead of the holiday, they deprived the plague-carrying rats of food and shelter thereby unwittingly defending against the spread of the disease. Blaser pointed to the fact that the plague peaked in the spring, around the time that Passover falls, in support of his theory. 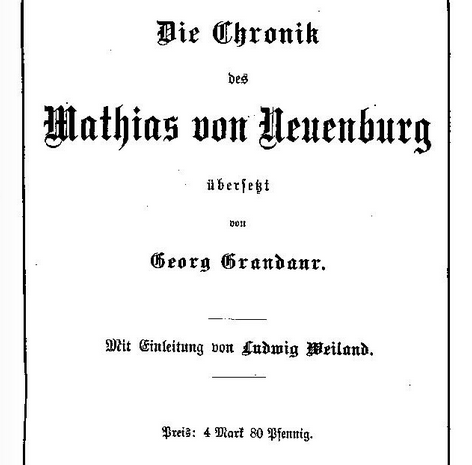 Whether or not fewer Jews were affected, for some people the feeling that Jews were getting off comparatively lightly—even if it were due to cleanliness—was evidence enough of a nefarious Jewish plot against Christians. In the absence of any scientific explanation, a reason for how and why so many people were dropping like flies had to be found. That the Jews were poisoning wells seemed as decent a reason as any.

So the conspiracy theorists of the time believed that Jewish community leaders had devised a scheme to poison Christendom. As a result of the false claims, pogroms against Jews started in 1348, initially mainly in France. The accusations against Jews was so widespread and elicited such fury that by September 1348, Pope Clement VI had issued two papal bulls, or edict, stating that Jews were not at fault for the plague. Yet his words had little effect.

In the area around Lake Geneva, the Count of Savoy ordered the arrest of the Jewish population, who were then tortured and, under torture, confessed to their inquisitors’ accusations. News of the spurious confessions went the mid-14th century version of viral, quickly travelling from town to town in Switzerland, east into France, and down the river Rhine into Germany.

The Black Death wasn’t the only deadly phenomenon that went viral and in January 1349 the entire adult Jewish population of the Swiss city of Basel was murdered due to the accusation that they had poisoned wells. Jewish children were taken from their parents and forcibly converted to Christianity while the remaining Jewish population, approximately 600 men and women, was shackled inside a wooden structure, which the anti-Jewish mob set ablaze.

In one fell swoop the Basel’s entire Jewish population burned to death. In the aftermath of the massacre, a decree banned all Jews from settling in the city for 200 years. However when the city subsequently suffered financial ruin, Jews were readmitted a few decades later.

Only weeks after the murder of Basel’s Jews, the larger Jewish community of Strasbourg met a similar fate. Once again officials—in this case, the bishop of Strasbourg and the city council—tried to protect the city’s Jews from a braying mob demanding their murder; once again, the will of the public triumphed. Due to its opposition to attacks on Jews, the city council was dissolved and replaced with a new council more amenable to antisemitic demands.

On Valentine’s Day 1349, Strasbourg’s Jews were taken to the city’s cemetery and given an ultimatum: baptism or death. It is estimated that around 2,000 Jews were placed on a makeshift pyre and burned alive. As in Basel, the city of Strasbourg barred Jews from the city for a hundred years although once again the decree was lifted within a generation.

These were not isolated incidents. Similar pogroms took place in towns and villages all along the Rhine. In some instances, similar to in Savoy, ‘confessions’ extracted by torture gave the veneer of legality, while in others local peasants carried out extra judicial massacres. 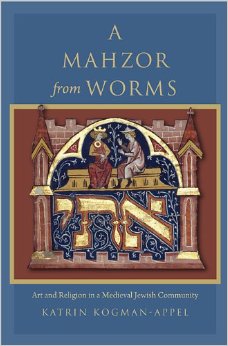 In March 1349, in Erfurt, Germany, the Jewish population was attacked and perhaps as many as 3,000 murdered. Centuries later, artifacts from the community were excavated from the city’s old Jewish quarter. They point to how vibrant the community once was, and how abruptly it met its end. The found artifacts, which went on exhibition at Yeshiva University Museum under the title ‘The Erfurt Treasure,’ included a chest with more than 600 pieces of gold jewelry, 3,141 silver coins, most with royal portraits (the last king depicted on them died in 1350) and a glorious 14th-century wedding ring.

The New York Times reported that “Gabriel M. Goldstein, the museum’s associate director of exhibitions, strongly suggests the hoard was buried in 1349, the year the plague reached Erfurt […] Seemingly, whoever hid it died and never came back.’” Perhaps word of pogroms elsewhere reached the Jewish community, who attempted to shield their assets from looters.

Financial reasons may have been an important factor in the persecution of Jews during the Black Death. Due to professional restrictions whereby they were forbidden from many jobs and guilds, Jews occupied an unpopular role in medieval economies, most notoriously as moneylenders. Anti-Jewish riots and pogroms were often used as a pretext to cancel debts owed to Jews, as well as a means of pillaging valuables.

Jews took other precautions against this onslaught. In Mainz, which had one of the largest Jewish communities in Europe, Jews defended themselves against antisemitic attack and killed over 200 Christians. In response, a Christian mob burned to death all of the city’s 6,000 Jews in just one day, August 24, 1349.

Elsewhere, in Worms, 400 Jews had burned to death in March 1349. In Frankfurt, in July 1349, the Jewish community committed mass suicide in preference to forcible baptism or murder. In August that year, the Cologne Jewish population was murdered en masse. In 1350, the Jewish communities of Antwerp and Brussels, in Belgium, were exterminated.

Anti-Jewish persecution associated with the Black Death resulted in the destruction of thousands of Jewish lives and hundreds of Jewish communities across Europe. German Jewry, in particular, suffered a catastrophic blow. With the loss of so many Jews, the population declined so drastically it took until the 17th century for Jews to be of demographic relevance once more in Germany. The minority who survived found themselves impoverished—any debts they were owed were canceled; any valuables they owned were plundered.

This persecution also reshaped Jewish history. After the Black Death, Germany and the Netherlands was almost devoid of Jews. Those who survived left Western Europe for the east, especially Poland, which had not suffered from the Black Death and was therefore less hostile to Jews.

As a result of the Black Death, the center of Jewish life in Europe shifted from west to east, with profound effects on Jewish culture. If your family’s history goes back to Poland or Russia, this may be due to the bubonic plague. Were it not for the pandemic, perhaps your 14th century antecedents would have remained by the Ruhr. That’s some food for thought this Passover.

Prayer: In those dark days where all of Europe was engulfed in this terrible plague, it is hardly surprising that the Jews were held responsible. Lord, have mercy on us for blaming others for our sufferings, and have mercy on your people Israel. In Yeshua’s name we pray. Amen.

Messianic Jewish teacher in UK
View all posts by richardsh →
This entry was posted in otdimjh and tagged black death, otdimjh, worms. Bookmark the permalink.