8 July 1822 Death of Shelley, author of “The Wandering Jew” #otdimjh 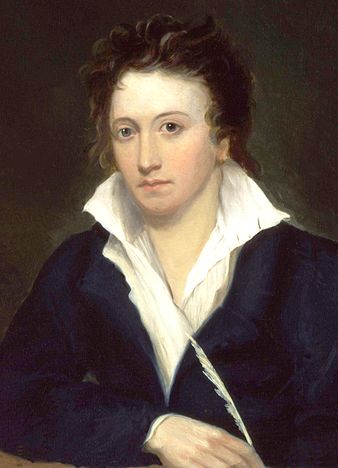 In 1810 Shelley wrote a poem in four cantos with the title The Wandering Jew but it remained unpublished until 1877. 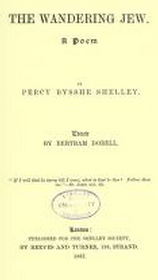 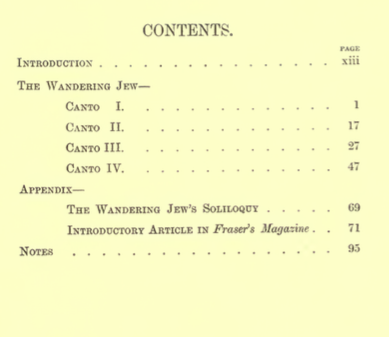 Is it the Eternal Triune, is it He

Who dares arrest the wheels of destiny

And plunge me in the lowest Hell of Hells?

Will not the lightning’s blast destroy my frame?

Will not steel drink the blood-life where it swells?

To rouse her from her deeply caverned lair,

And, taunting her cursed sluggishness to ire,

Are there no stores of vengeful violent fate

Within the magazines of Thy fierce hate?

No poison in the clouds to bathe a brow

That lowers on Thee with desperate contempt?

Where is the noonday Pestilence that slew

Where the destroying Minister that flew

Pouring the fiery tide of desolation

Upon the leagued Assyrian’s attempt?

Where the dark Earthquake-daemon who engorged

Or the Angel’s two-edged sword of fire that urged

Our primal parents from their bower of bliss

(Reared by Thine hand) for errors not their own

Yes! I would court a ruin such as this,

Almighty Tyrant! and give thanks to Thee—

Drink deeply—drain the cup of hate; remit this—I may die. 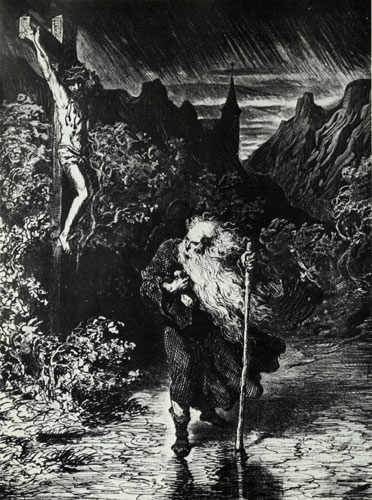 Reflection: For all his creativity and genius, Shelley still used popular themes that captured contemporary imagination. He repeats stereotypes, augmenting them with poetic license. In today’s world of political correctness it would be difficult to publish such a poem with such a title, but the poem stands as an indicator of the two thousand year prejudice against Jews and Judaism.

Percy Bysshe Shelley (4 August 1792 – 8 July 1822) was one of the major English Romantic poets, and is regarded by some as among the finest lyric, as well as epic, poets in the English language. A radical in his poetry as well as in his political and social views, Shelley did not see fame during his lifetime, but recognition for his poetry grew steadily following his death. Shelley was a key member of a close circle of visionary poets and writers that included Lord Byron; Leigh Hunt; Thomas Love Peacock; and his own second wife, Mary Shelley, the author of Frankenstein.

Shelley is perhaps best known for such classic poems as Ozymandias, Ode to the West Wind, To a Skylark, Music, When Soft Voices Die, The Cloud and The Masque of Anarchy. His other major works include a groundbreaking verse drama The Cenci (1819) and long, visionary poems such as Queen Mab (later reworked as The Daemon of the World), Alastor, The Revolt of Islam, Adonaïs, Prometheus Unbound (1820) – widely considered to be his masterpiece – and his final, unfinished work The Triumph of Life (1822).

Shelley’s close circle of friends included some of the most important progressive thinkers of the day, including his father-in-law, the philosopher William Godwin and Leigh Hunt. Though Shelley’s poetry and prose output remained steady throughout his life, most publishers and journals declined to publish his work for fear of being arrested for either blasphemy or sedition. Shelley’s poetry sometimes had only an underground readership during his day, but his poetic achievements are widely recognized today, and his advanced political and social thought impacted the Chartist and other movements in England, and reach down to the present day. Shelley’s theories of economics and morality, for example, had a profound influence on Karl Marx; his early – and perhaps first – writings on nonviolent resistance influenced both Leo Tolstoy and Mahatma Gandhi.

Shelley became a lodestar to the subsequent three or four generations of poets, including important Victorian and Pre-Raphaelite poets such as Robert Browning and Dante Gabriel Rossetti. He was admired by Oscar Wilde, Thomas Hardy, George Bernard Shaw, Bertrand Russell, W. B. Yeats, Upton Sinclair and Isadora Duncan. Henry David Thoreau’s civil disobedience was apparently influenced by Shelley’s non-violence in protest and political action. Shelley’s popularity and influence has continued to grow in contemporary poetry circles.

1 Response to 8 July 1822 Death of Shelley, author of “The Wandering Jew” #otdimjh