13 February 1824 600 Years of the Domus Conversorum comes to an end with the appointment of George Jessel, born 13 February 1824, as Master of the Rolls 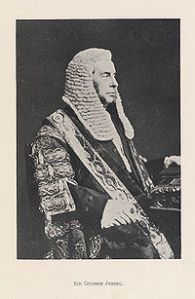 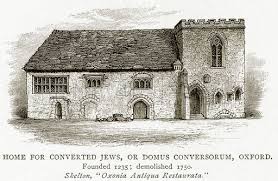 For the Messianic movement to succeed, we need, like the Jewish community as a whole, to lay a strong foundation of communal institutions. A social infrastructure is needed that will provide for our members at every stage of life, from birth to retirement. So it is good to hear discussion and proposals for a “House of Discipleship” which will be available for Jewish believers in Yeshua needing care and discipleship on a residential basis. Although the project has a long way to go before becoming a reality, the idea is not a new one, and has a distinguished history in the annals of Messianic Judaism in this country. 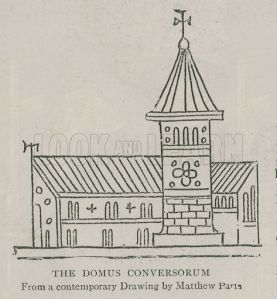 “Houses of Discipleship” for Jewish believers in Jesus are not new. During the Second World War the Alliance and several Jewish missions were actively involved in providing refugees from Europe with new homes. Properties in Ramsgate, Chislehurst and elsewhere were purchased and used as orphanages, hostels and homes. Those who lived in them were provided with the care they needed, and for some, this involved education and training, as well as spiritual encouragement.

But the origins of the idea go back further than that, right back to medieval times. In 1232 Henry III established a Home for Converted Jews (Domus Conversorum) in what is now Chancery Lane in the City of London. This was modelled in similar institutions in Oxford and Greenwich, and was open to any Jewish person who had become a Christian. 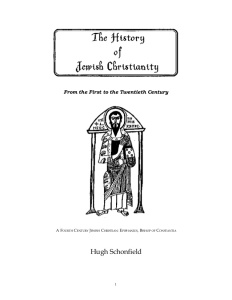 The necessity for this was obvious. Those who became believers in Yeshua were often expelled from the Jewish community. They were without protection in a culture that was, to say the least, inhospitable. A further factor was that on conversion all their goods were forfeited to the crown, and they were forced to rely on royal patronage and protection. Henry III was the only European ruler who extended his protection to such people, providing residential accommodation for up to forty people, and living allowances of the not insignificant sum of one penny a day, plus clothing, to those living outside the home. 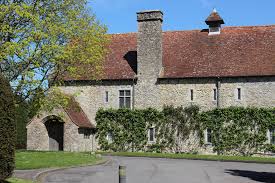 The home had its own organisation, being governed by a warden, with a chaplain appointed to maintain spiritual life and conduct regular services. According to the records, which may still be accessed from the Public Records Office, there were more than 100 residents from 1232 to 1290. In that year the Jewish community as a whole was expelled from England, only to be re-admitted in 1665. But Jewish converts were regarded as exceptions, and were allowed to stay. There are records of up to 80 people per year either living in the home or receiving the King’s allowance, and so for several hundred years there is an unbroken historical record of Jewish believers in Jesus. 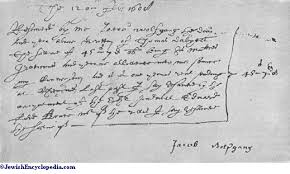 A frequent accusation against Messianic Jews is that on becoming believers in Jesus we no longer choose to identity as Jews, and choose to assimilate. Yet these residents of theDomus Conversorum were the only visible representatives of the Jewish community in England for four hundred years, and they were never allowed to forget that they were both Jewish and Christian! They continued to sign their names in Hebrew, an indication that they were well-versed in their Jewish backgrounds, and frequently added the sign of the cross afterwards, to show their new faith. It is quite possible that William Shakespeare knew of them and their situation as he wrote his play, The Merchant of Venice. 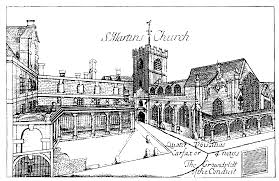 The home provided protection many from Europe and the Barbary states, and was seen as a beacon of light in a sea of hostility. It also provided Christians with the opportunity to meet with Jewish people, and the interest in Hebrew studies that fuelled the Reformation can be linked to such contacts. The history of co-operation between Jewish scholars and the Reformers is important to note, as in the fields of biblical scholarship, printing and bible translation both Luther and Calvin were indebted to Jewish assistance.

The use of the home diminished after 1609, although several continued to receive pensions for the next 150 years. The office of Warden was combined with the judicial office of Master of the Rolls. 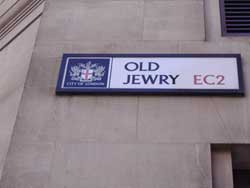 When Sir John Romilly was appointed Master of the Rolls in 1851, his patent of appointment professed to grant to him, for life, “the custody of the House, or Hospital, of Converts, for the habitation of the Keeper or Master of the Rolls, Books, Writs, and Records of the High Court of Chancery.”

This form of words did not appear when Sir George Jessel was appointed Master of the Rolls in 1873, or we should have had the remarkable paradox of a Jew holding the position of Keeper of the House for Converted Jews. As I have mentioned before, all trace of the Domus was abolished in 1891. 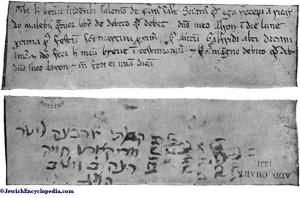 In 1891, on the appointment of the first Jewish Master of the Rolls, Lord Jessel, it was felt inappropriate that official responsibility for providing for Jewish Christians should be in the hands of a Jew who did not believe in Jesus, and the home was legally dissolved. It’s time we petitioned the Queen for another one!

Prayer: Thank you Lord, for this longstanding institution that provided a home and a haven for Jewish believers in Yeshua, despite the difficulties of the times in which they lived. Please raise up for us again similar testimonies of the Jewishness of Yeshua and of his followers, and provide home and shelter for those who call on the name of Yeshua for help and protection. In Yeshua’s name we pray. Amen.

Messianic Jewish teacher in UK
View all posts by richardsh →
This entry was posted in otdimjh and tagged article, domus conversorum, jessel, otdimjh. Bookmark the permalink.