9 February 418 Letter of Severus, Bishop of Minorca, on the Conversion of the Jews

The Letter of Severus on the Conversion of the Jews is an important and ancient text describing Jewish-Christian relations in the fifth century, when Judaism and Christianity finally emerged as two separate religions, against the backdrop of the fall of the Roman Empire. Willis Johnson notes how whilst it is couched in the rhetoric of hagiography, Severus’s letter is really an anti-Jewish tract filled with details of the daily interactions of Jews and Christians at the western edge of the Roman Empire in 418 AD. Because of doubts about its authenticity and the unavailability of a reliable edition, Epistula Severi has received little scholarly attention. 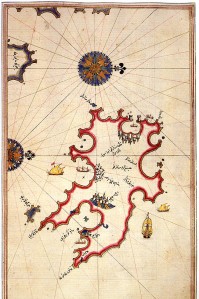 The letter of Severus was written in the early months of 418 AD by an eyewitness to the forced conversion of the Jews of Minorca to Christianity in February of the same year. Epistula Severi tells the story of the breakdown of peaceful coexistence of Jews and Christians in the town of Magona, Minorca on February 4-9, 418. This crisis was precipitated by the arrival in Magona of some relics of St. Stephen, an event that energized the faith of local Christians and their zeal to convert their Jewish neighbours. 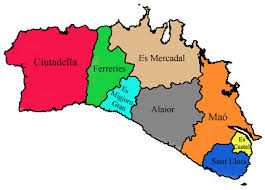 Prompted by a miraculous dream, the local bishop and author of this letter led his congregation across the island to join the Christians of Magona in their mission to convert the Jews. Tensions rose on the day the bishop and his flock arrived in Magona. Public arguments between Christians and Jews culminated in a riot and the sacking and burning of the local synagogue. For several days there were further debates between Christians and Jews, and many Jews fled to the countryside. After sustained pressure the leaders of the Jewish community converted and their fellow Jews followed.

The new proselytes paid for the demolition of their burned synagogue and erected a church with their own funds and labour. The letter “closes with an explicit exhortation to bishops around the Mediterranean to carry out the conversion of the Jews in their own communities”.

Woven into the narrative are many fascinating details of Jewish life in the Western Empire, including an account of communal worship in which Christians and Jews share the same liturgical music. 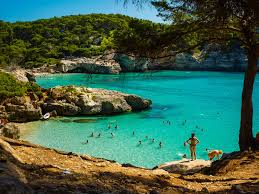 Severus draws on narratives of the destruction of Jerusalem — from Jeremiah through Josephus — in his descriptions of the routing of the Jews of Magona. Severus claimed to have forced 540 Jews to accept Christianity upon conquering the island. The Synagogue in Magona, now Port Mahon capital of Minorca, is burnt. The book of Lamentations is used to refer to the recent sack of Rome, and the Epistula Severi‘s is written to deal with the same problem of the fall of the Roman empire as Augustine’s De Civitate Dei. The work becomes a model for later Christian anti-Jewish literature, but at this point in time it also reflects the proximity between Christians and Jews in late antiquity, when the so-called “Parting of the Ways” is really a more complex phenomenon, of “the Ways that had not yet fully Parted.” 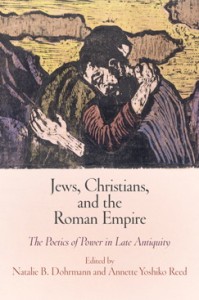 Prayer: Lord, we have learned so little about how to show the love of Yeshua. Throughout history your people Israel have been enemies of the Gospel, not because of theological or spiritual reasons, but because of the horrific and shameful treatment they have received from so-called Christians. Father, forgive us our trespasses as we forgive those who trespass against us, and may we seek healing, forgiveness and reconciliation with those we have offended and hurt. In Yeshua’s name we pray, the one who bore all our offences, and yet prayed “Father, forgive them, they know not what they do.” Amen

Messianic Jewish teacher in UK
View all posts by richardsh →
This entry was posted in otdimjh and tagged article, minorca, otdimjh, severus. Bookmark the permalink.